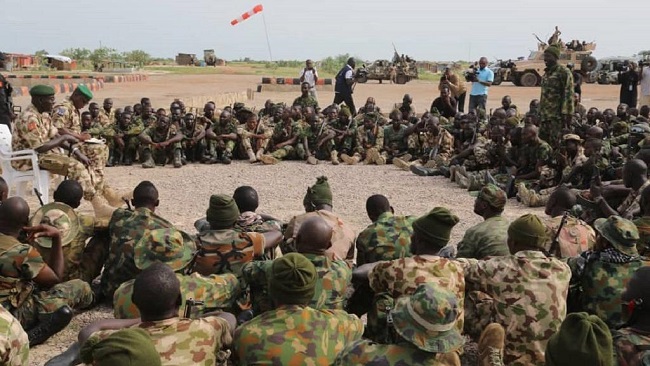 The Nigerian Army has confirmed one of the the deadliest attacks by Boko Haram on its troops with the known casualty figures rising as high as a hundred slain soldiers.

The Army in a statement on Friday said the attack on 157 Task Force Battalion at Matele indeed took place.

“Whilst it is true that there was an attack on the location on 18 November 2018, it has however, become necessary to correct several misinformation being circulated with regards to this unfortunate event,” the statement read in part.

The army explained that its delay in relaying the incident was because of procedural issues on having to inform the next of kin of affected troops before going public with such information.

Whiles claiming there was misinformation in figures and videos currently circulating on social media, the army failed to provide a casualty figure. They also urged against spread of Boko Haram propaganda materials.

“Furthermore, it suffices to observe that several social media, print and online publications have been brandishing false casualty figures as well as circulating various footages of old and inaccurate BHT propaganda videos and alluding same to be the attack on 157 Task Force Battalion.

“Whilst it is understandable how such misinformation can spread in this era of social media frenzy, the spurious circulation of some of these videos only contribute to further propagate the propaganda intent of the terrorists; to misinform the populace and portray themselves as what they are not.

“So far, the situation is that the location is under control as reinforcing units have been able to repel the terrorists and stabilize the situation,” the statement added.

Meanwhile the local news portal, The Nation Nigeria quotes an unnamed soldier that escaped the attack as saying an advanced team of the insurgents came into the based as friendly forces and went into the office of the commander where they fired at him and five other soldiers that were with him in his office.

The Army command in Maiduguri have evacuated bodies of soldiers killed by Boko Haram insurgents on Sunday at Metele village in Guzamala Local Government Area of North Borno State, the portal added.