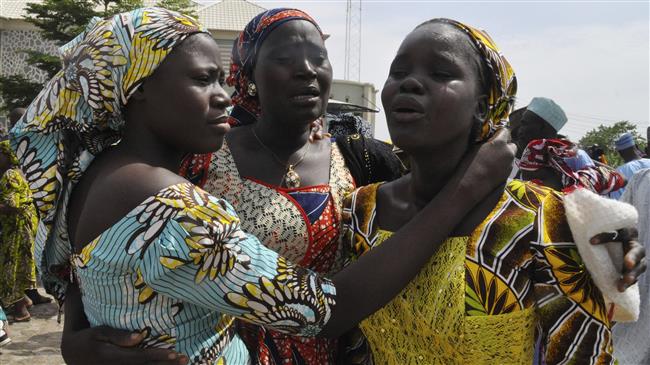 The announcement was made during a press conference by female supporters of Sheikh Ibrahim Zakzaky, who accused soldiers of the Nigerian army of abducting twenty-three girls in December 2015 during the massacre in the northern Nigerian town of Zaria.

The ladies demanded for the release of the girls and asked all people of conscience and civil society organizations to make the issue of the twenty-three Muslim girls an important national and international agenda in order for the truth to prevail.

The ladies also said that seven hundred and five people are still unaccounted for following the 2015 Zaria Massacre, and their families are still waiting for answers regarding the whereabouts of their loved ones.

Hundreds of Zakzaky supporters are reported to have been killed and buried in mass graves outside the northern Nigerian city of Zaria. The whereabouts of several others remains unknown.

Zakzaky supporters have a list with the names of the twenty-three girls abducted and believed to be held by security forces.

Both the army and the police did not respond to Press TV’s request for an interview on this matter.

Zakzaky supporters also want to know when the Nigerian government is going to start the process of prosecuting the people responsible for the 2015 Zaria Massacre.

They accuse security forces of continuing with the persecution of Zakzaky supporters judging by the attacks on their religious processions.