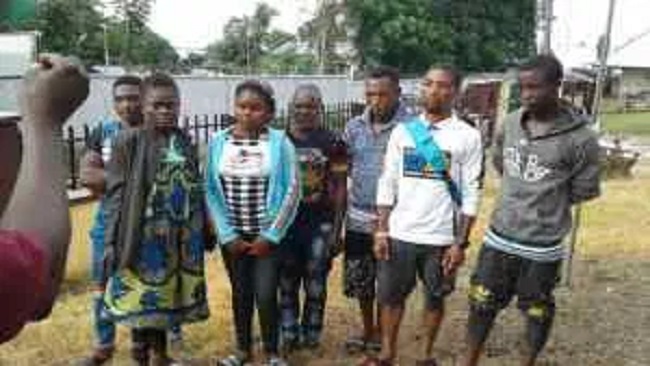 Operatives of the Nigeria Immigration Service (NIS) have intercepted seven Cameroonians at the creek of Ikot Obong in Cross River.

This is contained in a statement by the Service Public Relations Officer, Sunday James, and issued on Friday in Abuja.

The statement said the Marine Patrol officers of the Command in Cross River intercepted the foreigners on the Ikot Obong creek in Akpabuyo Local Government Area (LGA), while attempting to enter the country in a boat.

The statement added that the seven Cameroonians were denied entry and returned to their country through the Ikang Control post, while their boat was impounded.

“The arrest is among the series of interceptions by the command, between Cross River and Akwa Ibom States respectively, bothering Cameroon in recent times, amidst the Federal Government’s directive on border closure,” it stated.

The Controller General, NIS, Muhammad Babandede, had directed Commands at the borders to intensify patrol and reconnaissance along the flanks.

He had added that they should also intensify patrol at the creeks, waterways, and in-roads into the country, in order to frustrate the attempts of irregular migrants.