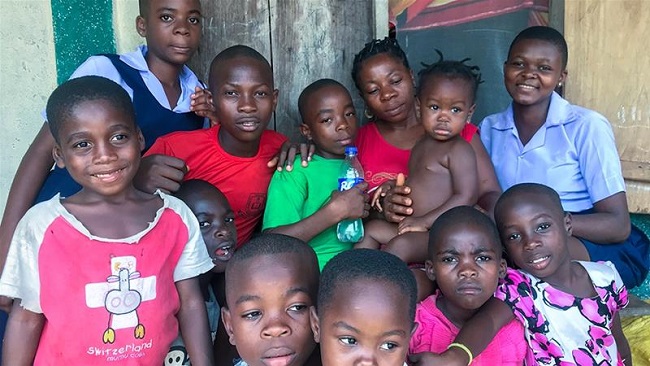 Governor Darius Dickson Ishaku of Taraba State has expressed dismay over the ongoing crisis in neighboring Cameroon, which he said had led to a refugee population of over 15,000 people in the state.

Five out of the 16 local government councils in the state, as observed by The Guardian share common boundaries with the Cameroon Republic, which have being bedeviled by leadership tussle. The situation has led to massive destruction of lives and property, and compelled several persons that fled the country to reside in Taraba.

Worried by the influx of the refugees into the state, Ishaku, while playing host to leaders of the various international agencies, pleaded with them to assist the state in tackling refugee problems it is presently contending with.

He informed the group that the crisis in the Cameroon had forced a refugee population of over 15,000 on the state, and has complicated the burden being borne by the state arising from Internally Displaced Persons, being a fall-out of the Boko Haram Insurgency in the North East part of the country.

Governor Ishaku requested other agencies of the UN to assist the state in the areas of housing and shelter, a problem, which a rapidly growing population has created. He said the state was doing its utmost to re-settle and rehabilitate those that were displaced by crisis in Southern Taraba, particularly in Chonku and Asa, adding that security was also being beefed up in those areas to encourage those who fled as a result of the crisis to return.

Listing tourism, agriculture and security as critical areas where the state would need the assistance of the UN agencies, Ishaku also used the opportunity to brief the UN officials on the achievements of his administration.

According to him, women and youth empowerment has been a critical area of focus for the administration and noted that thousands of people have benefitted from the programme.

In a paper presented during the session, the UN Resident and Humanitarian Coordinator, Mr. Edward Kallon said a UNDP-UNWOMEN-FAO inter-agency project supported by the UN Peace Building Fund was already going on in Taraba, Benue and Nasarawa states

He said: “In support of a harmonious and peaceful relationship between farmers and herders, the intervention would promote dialogue and proactive engagement for the mutual economic benefit of the two groups.” The UN, he said, “would also support the Taraba State government to minimise post-harvest losses through public-private partnerships and investments.

Using the occasion to remind state governments in Nigeria that COVID-19 would remain a major health challenge until the vaccine was found, he urged the government to take responsibility and lead by example in containing the virus.