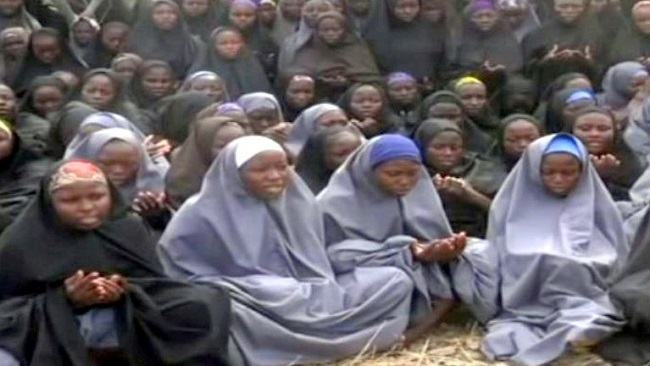 Nigeria’s military has announced in a statement that its soldiers have rescued one of the 270 schoolgirls kidnapped in 2014 by Daesh-linked Boko Haram terrorist group from the town of Chibok.

The statement declared on Thursday that Salomi Pagu was discovered by troops deployed in the town of Pulka along with another girl and a small child, noting that the second girl was not among the Chibok pupils abducted by the notorious terror group.

“They…are in the safe custody of troops and receiving medical attention,” said the military statement without elaborating on the circumstance of their rescue.

The mass kidnapping of more than 270 female students triggered global condemnation and intense criticism of Nigerian officials in the country as well as an international “Bring Back Our Girls” campaign.

Of the 276 originally abducted students, nearly 60 escaped soon after the incident. Some 100 are still believed to remain in captivity.

This is while the Takfiri terror group released 82 of the young girls last May following a swap deal involving a ransom payment to the terrorists and the release of a number of the group’s imprisoned senior members. Prior to that, 24 of the kidnapped girls had been freed or found in 2016.

While the mass abduction in Chibok attracted international attention, aid groups insist that Boko Haram has kidnapped thousands more adults and children, whose fate have largely been neglected by local authorities.

The development came amid earlier reports that at least 31 loggers were believed to have been abducted by Boko Haram militants after they went missing in northeast Nigeria.

Security sources were cited as saying on Wednesday that the alleged kidnapping took place just days after 30 troops vanished following a raid on a military base in the same area.

Most of the displaced rely on food handouts from aid agencies while others have turned to logging in the arid region for firewood which they sell to purchase food.

The Takfiri terrorists have increasingly targeted loggers in their armed campaign, accusing them of spying and relaying information to the military and the local militia battling them.

On Christmas Day, the militants killed 25 loggers at a logging site outside the city of Maiduguri.