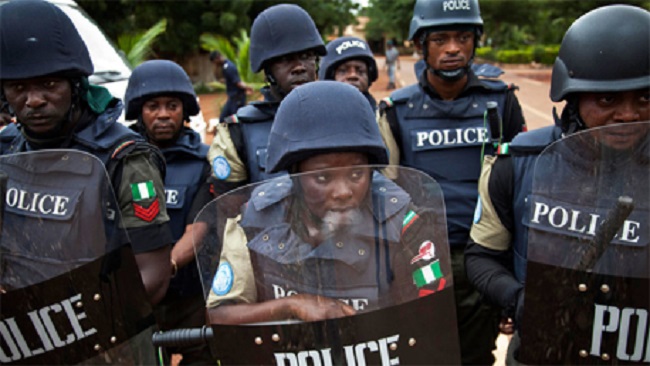 TWELVE Cameroonian mercenaries were arrested by the police at the weekend while on their way to fight in the internecine communal conflict between the people of Usumutong and Ediba in Abi Local Government Area of Cross River State.  The mercenaries were arrested on Tuesday at the Ediba/Ugep junction while allegedly traversing to the conflict zone with arms and dangerous weapons.

A source in the area said “they were caught on the way to Ediba to fight Usumutong people.” “They were armed with charms and other dangerous weapons of wars. They came in a red Sienna bus still parked at the Police Area Command Ugep. These people were hired by Ediba to terrorize Usumutong community,” he alleged.

The Clan Head of Usumutong, Oval Solomon Osim Edward who spoke to Saturday Vanguard on phone alleged that the twelve Cameroonian mercenaries were hired by Ediba people to eliminate his community. “They were arrested at a check point. They said they were asked to come and destroy plantation, they described us (Usumutong community) as plantation, these people are evil, they wrapped charms around their bodies”, he stated. But the Village Head of Ediba Uvara Imong Anani debunked the allegations, describing it as rubbish. “It is rubbish, since the beginning of this trouble, I have not been on my seat, Ediba people have not hired anybody, these are Cameroon boys, I don’t know them.”