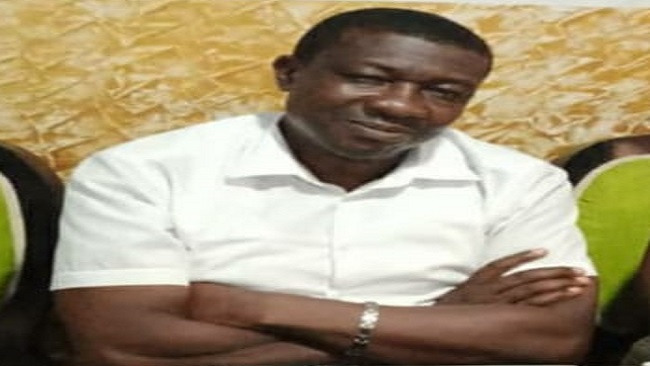 Journalist Njoka Kingsley is missing presumed detained. He’s one of many for whom the Southern Cameroons crisis has led to a political awakening and a demand for free speech. Cameroon Intelligence Report sources in Yaoundé have confirmed that Njoka is in Yaounde undergoing torture.

Now the question arises: where is disappeared journalist Njoka Kingsley Fomonyuy, “taken into custody by plainclothes security officers on May 16, 2020 remains a mystery.  Sources familiar with the incident say he was taken from his house in Douala by armed men who only identified themselves as ‘Surete National’.

He’s from Kumbo, Bui Division in the North West Region. He studied Journalism and Mass Communication in the University of Zaria in Nigeria, from where he graduated with a Bachelor’s degree in 1990.

In Cameroon, the freelance journalist worked with Magic FM and as a senior writer for Popular Catholic biweekly Magazine “L’Effort Camerounais” in Douala. Before whisking Njoka Kingsley away, the armed men ransacked his house apparently searching for possible evidence that could implicate him.  Without finding what they were after, the armed men asked Njoka’s wife to hand his office keys and his identification documents to them. They took an HP laptop from Njoka’s house and then headed to his office which they equally searched thoroughly making away with two laptops marked Lenovo and DELL as well as the sum of over FCFA 50,000.

The unidentified men gave no reason for taking Njoka Kingsley into custody. They also did not say where he was being taken to. It has now been 21 days since he was “kidnapped” without any crime committed and without even being charged.  With the recent declaration of Samuel Wazizi’s death in the hands of the forces of law in Yaoundé, one is tempted to think that anything can happen to Njoka Kingsley Fomonyuy if nothing is done.”