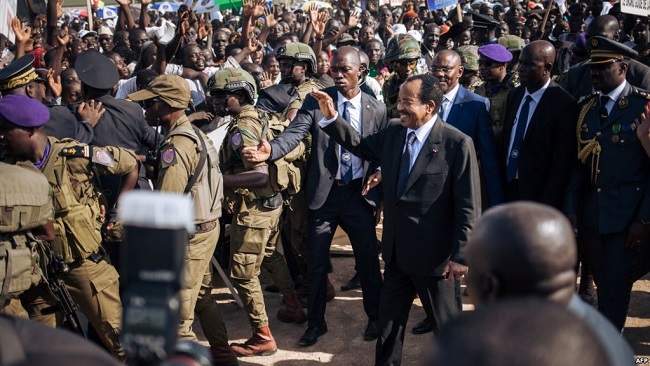 An opposition contender who will seek election in Cameroon’s impending presidential polls alleged on Friday that a “massive fraud” is underway to ensure the sitting president wins a seventh term.

“We won’t accept any result if this kind of fraud continues,” he said at a media briefing by Kamto’s Movement for the Rebirth of Cameroon (MRC) party in the capital Yaounde. Kingue called on party supporters to “fiercely resist” rigging.

The MRC has alleged that polling cards have been forged and that voter registration has been allowed to continue despite the process being officially closed. “In 62% of areas, the (ruling) Cameroon People’s Democratic Movement party is still adding names to the voter roll,” said Kingue.

In the most recent presidential elections in that year, President Paul Biya won a sixth term in office with 78% of votes in polls the opposition and observers accused of being flawed. “We’re not preparing for war, but wherever there is fraud, there will be a firm response,” said Kingue.

Rumours have emerged in recent days of a possible coalition between opposition presidential contenders. Kamto’s campaign director confirmed that “talks were underway” with rival opposition hopeful Akere Muna – but Kingue was unable to confirm if a deal had been struck.

Biya, 85, has been in power for 35 years and will face-off against eight opposition contenders. The front-runners are Joshua Osih, Maurice Kamto and Akera Muna.