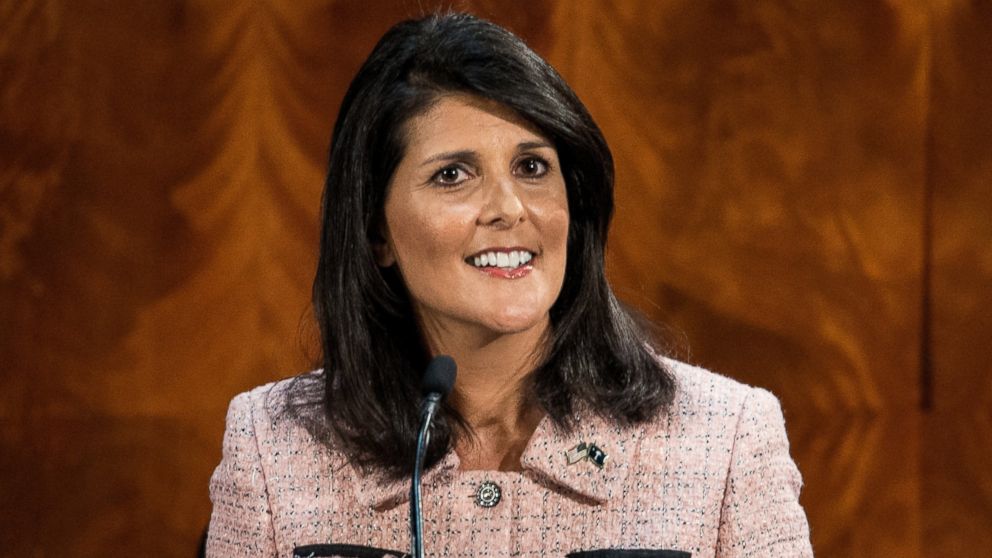 The 18 new members were selected from five regional blocs of countries, and their elections were largely predetermined since they were not challenged by other countries.

Of the 18, six are classified by U.N. Watch, a human rights watch group based in Switzerland, as human rights abusers — Somalia, Eritrea, Cameroon, Bangladesh, Philippines and Bahrain. Those countries will join other countries with poor human rights records, such as Cuba, China, Qatar and Saudi Arabia, on the world’s top human rights body.

While other countries with stronger human rights records were voted in — such as Argentina, Czech Republic and Denmark — the addition of those with poor records was cited as evidence by Haley that the U.S. was right to withdraw from the body earlier this year.

“Today, the U.N. chose new members for the Human Rights Council. Yet again, countries with poor human rights records ran uncontested. This lack of standards continues to undermine the organization and demonstrates again why the United States was right to withdraw from it earlier this year,” she said in a statement.

‘This lack of standards continues to undermine the organization and demonstrates again why the United States was right to withdraw from it earlier this year.’

“The United States will continue to support reforms that would make the Human Rights Council credible. More importantly, the United States will continue to be the world’s human rights leader regardless of the suspect composition and poor decisions of the Human Rights Council,” Haley, who is stepping down from her role in January, added.

Haley urged the body to reform in a speech in Geneva in 2017 focusing on its anti-Israel bias and also its membership — which she said led to human rights abusers being protected on the council.

“For too long the human rights council has been a protector of human rights abusers and a cesspool of political bias,” she said in June of this year, announcing the United States’ departure.

The elections had been criticized by a host of other human rights groups as well. Ahead of the vote, Human Rights Watch said the election risks undermining the council’s effectiveness and credibility.

“UN member countries should show their outrage at the Philippines and Eritrea by leaving two spots on the ballot sheet blank and keeping them off the council,” said Louis Charbonneau, U.N. director at Human Rights Watch. “Philippines President Rodrigo Duterte’s abusive ‘war on drugs’ has been a killing frenzy that has left thousands dead. In Eritrea, the authorities persecute and jail government critics and force citizens into indefinite national service.”

Eritrea has been widely condemned as one of the most repressive countries in the world. A report to the Human Rights Council last year by a U.N. special rapporteur condemned Eritrea for its “indefinite length of conscription” and said that the government had “an ongoing unwillingness to meet its obligations and commitments under regional and international human rights instruments.”

Matthew Lee, a U.N. journalist who runs the Inner City Press blog and has focused on alleged human rights abuses in Cameroon, told Fox News that Cameroon’s elevation to the Council was “an outrage.”

“Only this year the government of 36-year ruler Paul Biya has been found burning villages in the Anglophone areas of the country, disappearing political opponents, and summarily executing women and children, on film,” he said.

The new members will take their seats at the council in January. One of the body’s more controversial members, Venezuela, will be replaced after serving two terms on the council.

Farhan Haq, a spokesman for U.N. Secretary-General Antonio Guterres, said that the matter was a question for the member states themselves.

“Ultimately we don’t evaluate or second guess the decisions made by member states,” he said. “They are the ones who chose to run people for these seats and their the governments who vote for them.”