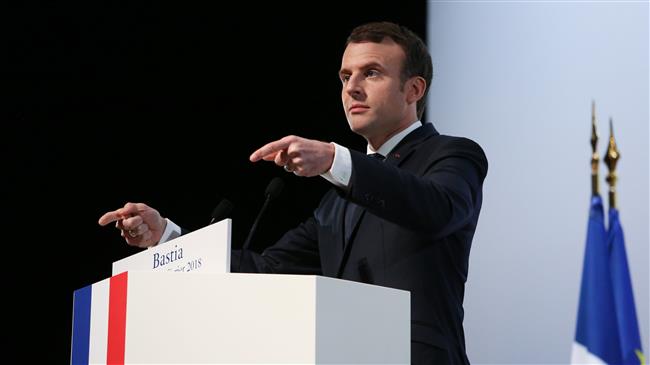 The results of the survey by Ifop, the French Institute of Public Opinion, published on Sunday revealed that only 44 percent of the respondents approved of Macron’s performance.

The results showed a 6-percentage-point decline compared to those of a previous poll in January and also marked the lowest approval rating for the French president since October last year, when it stood at 42 percent.

The Sunday poll was conducted from February 7 to 17.

The French government earlier this month announced plans to shake up the country’s costly civil service and modernize the public sector despite opposition. France already has one of the highest public spending ratios in the world.