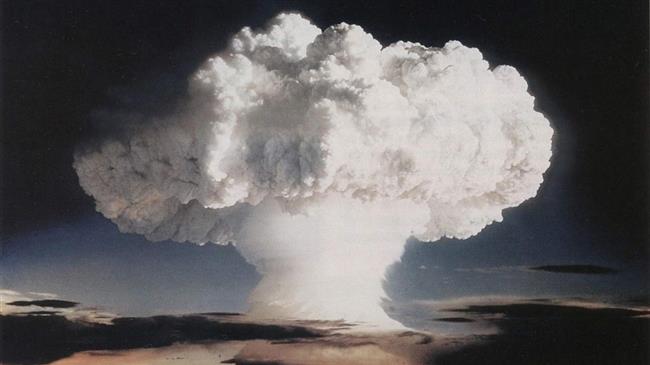 The Pentagon has released a new nuclear arms policy that aims to revamp US nuclear arsenal and develop new low-yield atomic weapons.

The latest policy was revealed on Friday in a Pentagon policy statement known as the Nuclear Posture Review (NPR).

The new thinking, which came largely to counter Russia, effectively ends Obama-era efforts to reduce the size and scope of the US arsenal and minimize the role of nuclear weapons in defense planning.

Defense Secretary Jim Mattis said in an introductory note that the changes reflect a need to “look reality in the eye” and “see the world as it is, not as we wish it to be.”

“This is a response to Russian expansion of their capability and the nature of their strategy and doctrine,” Mattis added.

The Pentagon believes Moscow considers US nuclear weapons as too big to be used, meaning they are no longer an effective deterrent; therefore, developing smaller nukes would challenge that presumption.

Although low-yield weapons are smaller, less powerful bombs with a strength below 20 kilotons, they are still devastating.

Low-yield nuclear weapons known as “tactical” nukes can be as destructive as the bombs the US dropped on Hiroshima and Nagasaki at the end of World War II.

The US already has a massive nuclear arsenal which includes 150 B-61 nukes stored across multiple European countries.

Those weapons, which can be configured for low-yield options, would be launchable from submarines or ships, so would not need to be stockpiled in Europe.

“The US and NATO require a wider range of credible low-yield nuclear options to do a very specific thing: to convince the Russian leadership that if they initiate limited nuclear use, in a war with the alliance, our response will deny them the objective they seek and impose costs that far outweigh those benefits they can achieve,” said Greg Weaver, the deputy director of strategic capabilities for the military’s Joint Staff.

The NPR, the first update to the military’s nuclear strategy since 2010, outlines the Pentagon’s nuclear ambitions under President Donald Trump, but marks a sobering break from the vision for America’s atomic future under his predecessor Barack Obama.

“The strategy develops capabilities aimed at making use of nuclear weapons less likely,” Trump said in a statement. “It enhances deterrence of strategic attacks against our Nation, and our allies and partners, that may not come in the form of nuclear weapons.”

During his presidential campaign, Trump promised to expand and strengthen US nuclear capabilities, unlike Obama who, during a famous speech in Prague in 2009, called for the elimination of nuclear weapons.

“This is the great nuclear danger raised by the new” nuclear policy, Blechman added.

The US is also considering upgrading its fleet of long-range strategic bombers such as B-2 and B-52 to deploy its arsenal of more than 7,000 nuclear warheads to any target around the world.