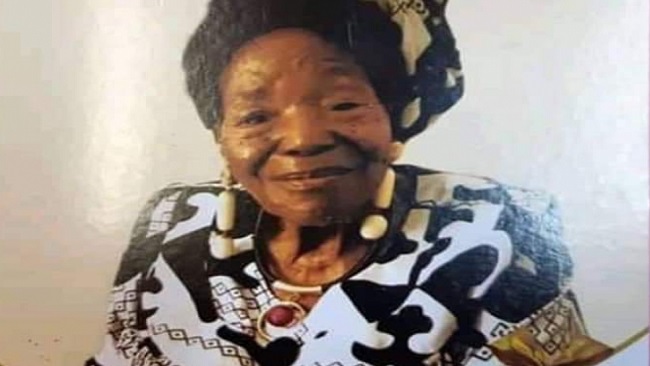 The final journey of the coffin that will carry the dead body of President Biya’s 102 years old sister the late Mrs Bidjang Regine Ndonda will begin in Yaoundé, the nation’s capital and end in Mvomeka’a in the South Region of French Cameroun.

Régine Ngonda, who died on October 31, 2020 in Yaounde due to an illness, will be buried on Friday, November 13.

Cameroon Concord News understand her funeral will officially begin today Thursday, November 12, 2020 at 11am with the removal of the body from the Yaoundé General Hospital, followed immediately by a requiem mass at the Saint Albert Parish in Mengon village, at 4pm and a vigil at 8pm.