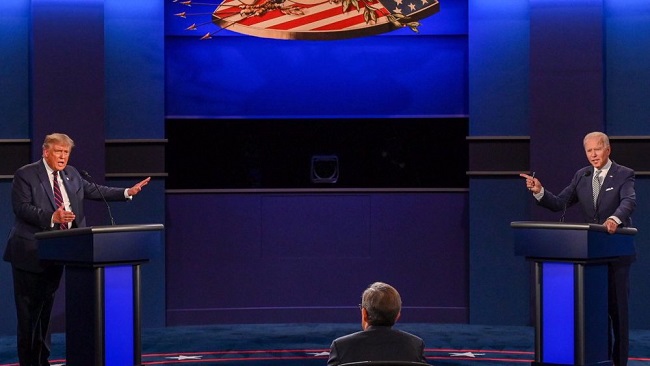 President Donald Trump’s positive coronavirus test has undermined his repeated claims that the US is “rounding the turn” in its handling of the pandemic, with just one month to go before the November 3 election.

Trump announced on Friday that he and his wife, Melania, had tested positive for Covid-19, and were going to quarantine at the White House.

Trump is 74 years old, putting him at higher risk of serious complications from the virus.

His physician has said the president is “well” and will continue to perform his duties “without disruption”.

However, even if the president remains asymptomatic, he will likely have to halt in-person campaigning for an unspecified amount of time while he quarantines at the White House.

“It is unclear exactly what that means for a president of the United States, especially for this one who has spent months not wanting to wear a face mask, not wanting to take physical distancing seriously,”

“The White House published a schedule for tomorrow, with various events that he will presumably not be fulfilling. It does beg the question: will he seat a campaign virtually, as his rival Joe Biden has been doing a lot?” Smith added. “Presumably, if Trump is feeling well enough, he would be able to do that.”

Whatever form Trump’s campaign takes in the coming days and weeks, his diagnosis has seriously undermined his attempts to downplay the pandemic and refocus the race on other issues.

In the past, Trump has wrongfully predicted that the coronavirus “is going to disappear”, and even questioned scientists who contradicted his assertions in public.

‘This could be a really significant blow’

Trump has also largely ignored his own government’s public health guidelines, refusing to wear a mask or observe social distancing.

At the first presidential debate in Cleveland, Ohio, earlier this week, Trump even mocked his Democratic challenger, Joe Biden, for the size of his mask.

“Every time you see him, he’s got a mask,” Trump said of his opponent. “He could be speaking 200 feet away… And he shows up with the biggest mask I’ve ever seen.”

With a number of polls showing that a majority of Americans disapprove Trump’s handling of the pandemic — which has claimed at least 207,000 lives in the United States — his diagnosis will likely only compound this opinion.

“This was a day many people feared, many people saw coming, many people thought may well happen, because he was continuing to hold campaign rallies, a couple of them indoors. He was defying often his own public health guidelines on the coronavirus,” Smith said.

Trump’s positive test result certainly complicates his ability to effectively campaign against Biden, who is currently leading in the polls.

“We’ve seen Trump really thrives off the energy of crowds, of holding big events. It gives him a sense of momentum,” Smith said. “This could be a really significant blow to a presidential campaign that is already struggling with Joe Biden well ahead in the polls.”

It is also unclear how Trump’s positive test will affect arrangements for the second presidential debate, which is scheduled for October 15 in Miami, Florida.