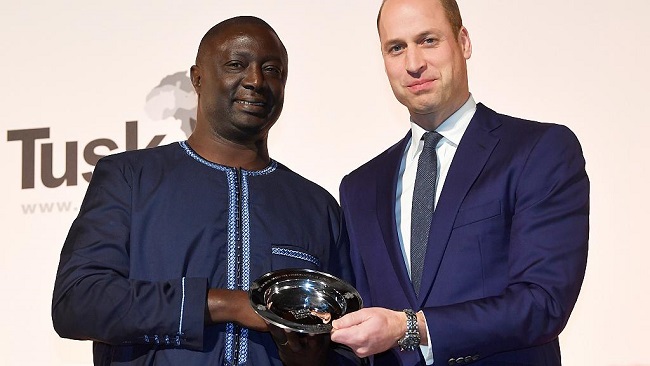 Wildlife conservationists who have played an important role in protecting wildlife in Africa were honoured by the Duke of Cambridge in London on Thursday (November 21).

The Prince William Award for Conservation in Africa was awarded to Carlos Lopes Pereira from Mozambique, where the number of protected species like elephants and rhinos has been dwindling.

Prince William explained that, “the species that we are struggling to keep alive in the system is the protected species like the elephant, rhino. We almost lost all rhinos. We have few rhinos in the country, in the south. Elephants – we had a disastrous situation between 2010, 2014. We lost almost 60 percent of our elephant population. But we have, I think and I hope we’ll keep it for a long time stabilised on the protected species.”

“When I started my work, I started as a junior person who never thought they would be recognised, and it has sent a different message. Everyone, those who feel like they’re left out, now they are working hard. They know people are looking at them. One day they’ll be recognised. So it’s a big morale booster to all the rangers, not only in Africa, all Zambia. The whole Africa, everyone is appreciating,” Benson said after receiving the award.

Two finalists – Jeneria Lekilelei from Kenya and Gladys Kalema-Zikusoka from Uganda — also won grants in recognition of their work to protect lions and mountain gorillas respectively.

The annual event has been held for the past seven years.