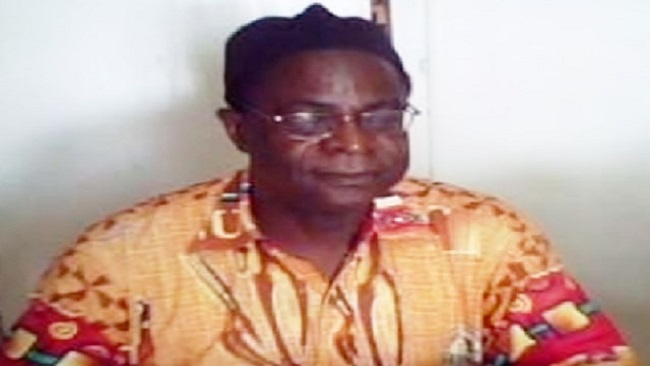 Prof Verkijika Fanso speaks of the crisis in Southern Cameroons 0

Tensions between English-speaking Cameroonians and the West-central African nation’s French-speaking government stretches back to end of colonial rule nearly 60 years ago. At the heart of the tension is Anglophones’ desire to form their own independent state, Ambazonia. In recent weeks there have been violent clashes and several protesters have been killed, reportedly by government security forces. The Conversation Africa asked Verkijika G. Fanso to explain what’s happening.

Why is there such animosity between French-speaking and English-speaking Cameroonians?

The animosity is actually between English-speaking Cameroonians and the government led and dominated by French-speaking Cameroonians. They have ruled the country in an authoritarian way since the unification of the two former United Nations trusteeship territories – French Cameroun and British Southern Cameroons – in 1961.

The current dispute is between the part of the country that was once run by the British, and the larger part where French is spoken and which was once run by the French. In 1972 the original federal structure that post-colonial unification was based on was abrogated. The English-speaking, or Anglophone, West Cameroon was annexed in a united republic, and in 1984 the word “united” was scrapped. The country became Cameroon and the English-speaking region was assimilated into the French-speaking area.

The dignity and statehood of Anglophones was silently destroyed – not by the French-speaking (Francophone) community at large, but by the government led and dominated by Francophones.

Anglophones have long complained that their language and culture are marginalised. They feel their judicial, educational and local government systems should be protected. They want an end to annexation and assimilation and more respect from the government for their language and political philosophies. And if that doesn’t happen, they want a total separation and their own independent state.

What’s the history of the call for an independent state?

On January 1 1960 French Cameroun gained independence and became Cameroun Republic. Later that year Nigeria gained its independence from Britain and became a Federal Republic. The British-controlled southern Cameroons was then separated from Nigeria and was due to achieve full independence on October 1 1961.

But there was a hitch: the United Nations organised a plebiscite in which southern Cameroonians were asked to chose between joining the Cameroun Republic or Nigeria. This vote was prompted by a British report that insisted its former territory would not survive economically on its own.

Southern Cameroonians wanted nothing more to do with Nigeria. They had suffered enormously at the hands of Igbo people who’d settled in their territory in previous decades. So they elected to unite in a new federation with Cameroun Republic. It was supposed to be a partnership of equals, a notion reinforced by bilateral negotiations that had started before the vote.

These negotiations were concluded at the Foumban Conference in July 1961. The general view after the conference was that the delegation from the Cameroun Republic, accompanied by French advisers, got virtually everything they wanted. The Anglophones, who received none of the support promised by the British or the UN, were effectively sidelined.

So the new federation was born, but it was never a happy union. The regions were centrally governed but neither of the two presidents since unification have spoken nor understood English. The incumbent, Paul Biya, reads English with difficulty.

Since then Anglophones have pushed for autonomy. This call is actually supported in a UN resolution passed in April 1961 that defines the joining of the two former territories as a federation of two states, equal in status and autonomous.

In October 2016 lawyers went on a strike in an effort to force the government to stop appointing Francophone magistrates who spoke no English and had no training in common law to preside over courts in the Anglophone regions.

During peaceful demonstrations in the cities of Bamenda and Buea, the lawyers were roughly manhandled by government security forces.

Teachers soon came out in support of the lawyers. They wanted the government to stop posting Francophone teachers who spoke no English to teach subjects other than French in Anglophone schools. People across professions followed the teachers, and Cameroon’s cities became “ghost towns” everywhere on certain days of the week as part of a large-scale stay away.

Earlier this year government banned the trade unions that had led the strikes. Many of their members – some of whom were engaged in discussions with the government – were arrested and jailed on charges of terrorism and attempts to change the form of the state. The government also shut down internet and other communication services in Anglophone regions to stop people sharing information and organising.*

Shamed by international condemnation, President Biya reinstated communication services three months later. He also ordered the release of some strike leaders and scrapped the charges against them. But he didn’t call for a resumption of talks.

Anglophones were unimpressed. On October 1 they took to the streets to commemorate what they consider their independence day. They raised the flag of Ambazonia in various towns and cities. It was an assertion of autonomy. Government security forces were deployed and used excessive. Over the next few days a number of people were killed, some reports suggesting 17 others suggesting as many as 100.

Is there any chance of resolving this conflict?

Dialogue and diplomacy are foremost. Cameroon’s leadership must initiate or reinstate dialogue with those representing Anglophone interests. Failing this, the African Union or the UN – or both – should initiate dialogue.

Cameroon is being haunted by agreements that were never respected, from the Foumban Conference to the UN’s resolution regarding autonomy. These agreements must be revisited and respected if the crisis is to end.