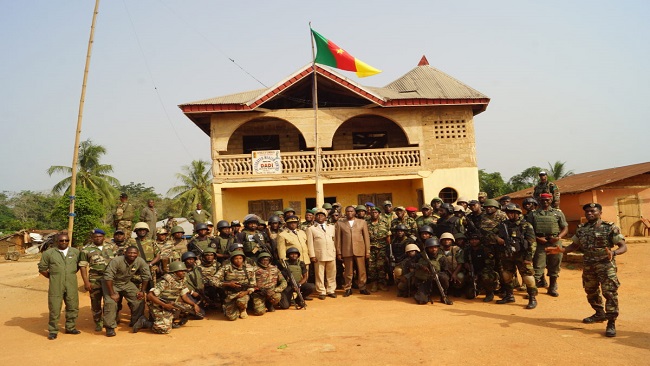 Fifteen months back, when a group of Anglophone lawyers went on strike in Cameroon, few would have predicted how far and how quickly events would escalate.

Back then, in October 2016, the lawyers were objecting to the appointment of French-educated judges to their courts. A few other frustrated groups joined them later in peaceful protest against other government actions they perceived to be discriminating against the country’s English-speaking regions.

Fast-forward to today, however, and that initial modest impetus has spiralled into Cameroon’s most alarming internal conflict since independence. In recent months, scores of civilians have been killed. Armed attacks have led to the deaths of at least sixteen army and police officers. The government has deployed the elite Rapid Intervention Battalion, which is usually found combatting Boko Haram, to the area. And thousands of refugees have fled to Nigeria, with the UN Refugee Agency expecting up to 40,000 more.

From the start of the crisis, the government’s instinct has been to respond to protest and grievances with force. The initial demonstrations in late-2016 were met with mass arrests and the deployment of security forces. In January 2017, there was brief hope that dialogue would lead to a resolution. But these talks fell apart as the government banned the umbrella group with which it was negotiating and detained its leaders.

Since then, the government has not looked like returning to the negotiation table. It has arrested around 1,000 people, according to activists. It has empowered the police, gendarmes and army to use heavy force. And it has shut off the region’s Internet for months at a time on at least two occasions.

These actions have had a high human cost. “Cameroonians in the hundreds have lost their lives needlessly while expressing themselves and their ambitions for Cameroon,” says Barrister Akere Muna. “Others remain incarcerated under circumstances that might well have been avoided by the simple choice of dialogue over confrontation and repression.”

Moreover, many argue that rather than stifling dissent, the government’s strategy has made the situation more volatile and extreme.

What began as more specific grievances regarding the perceived imposition of French in courts and schools has escalated into demands for greater autonomy, federalisation and even secession. Meanwhile, the repression of largely peaceful protests has contributed to the emergence of armed groups calling for secession. Even moderate voices have been pushed to more extreme positions, and Cameroon has seen attacks on security forces and growing threats of a violent insurrection.

On 1 October 2017, members of the Southern Cameroonian Ambazonia Consortium United Front declared the independence of the Federal Republic of Ambazonia. The government responded with what the UN criticised as “excessive use of force”. Its crackdown along the border with Nigeria caused thousands to flee. In response in November and December, separatists launched a number of attacks against defence forces that resulted in several casualties.

In his address on 31 December, 2017, President Paul Biya sought to reassure the nation and project strength.

“I have issued instructions that all those who have taken up arms, who perpetrate or encourage violence should be fought relentlessly,” he said. “The security operations conducted to that end have already yielded excellent results. They will continue unabated, but without excesses.”

However, many Cameroonians are concerned that the conflict will deepen and spread. As the government’s crackdown continues, there are suggestions that militant elements within the secessionist groups are gaining in strength, number and resolve. On 5 January, several separatists were arrested across the border in in Abuja, Nigeria.

In December, Brigadier General Donatien Melingui Nouma, commander of the troops in the South West region, revealed that some of his troops had defected to the separatists. He also claimed: “We know that they are trained by foreigners, including some white mercenaries whose nationality I would not mention.”

This ongoing crisis is occurring at a particularly difficult time for Cameroon. In the north, it is still contending with the menace of the Boko Haram insurgency and the thousands of refugees it has created. In the east, it faces a challenge from the presence of displaced persons and rebels from Central African Republic. A drop in commodity prices has contributed to a significant drop in economic growth figures. Meanwhile, the country is set to hold four sets of elections – municipal, parliamentary, senatorial and presidential – this year.

Amidst this uncertainty, many are calling for dialogue to resolve the Anglophone crisis. However, there are few indications that constructive steps are being taken to establish such talks. Minister of Communication Issa Tchiroma Bakary has said repeatedly that the government is ready to negotiate but only on the condition that issues related to the structure of the state are not discussed. That effectively rules out activists’ primary demands for federalism or significant structural change.

As the crisis deepens, international leaders such as UN Secretary-General António Guterres and Commonwealth Secretary-General Patricia Scotland have increased pressure on President Biya to engage in talks. It remains to be seen if this will have any effect. If it does not and the government’s current military approach continues, many expect activists’ demands, grievances and strategies to get increasingly desperate, militant and extreme.