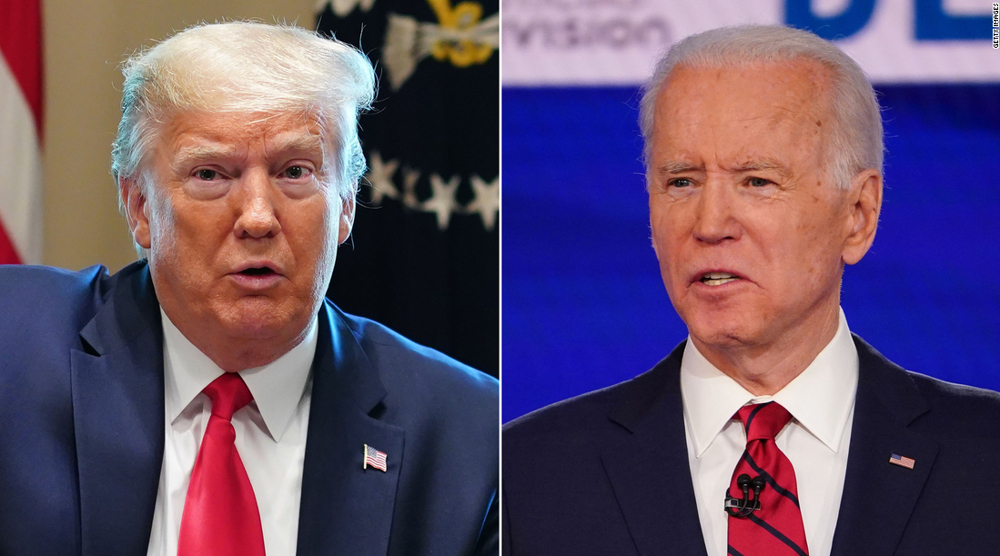 Race For The White House: Biden leads Trump by 9 points in national poll 0

A new opinion poll shows that presumptive Democratic presidential nominee Joe Biden has a nine percentage-point lead over President Donald Trump nationally with less than three months before the 2020 election.

Forty-nine percent of participants said the former US vice president was better suited to handle the current health crisis sparked by the coronavirus pandemic, while just 33 percent said the same of Trump.

The new poll was carried out days after Biden selected Senator Kamala Harris (D-Calif.) to be his running mate.

Harris, the daughter of immigrants from Jamaica and India, was the wire-to-wire frontrunner for Biden’s No. 2 job.

The NBC News-Wall Street Journal poll was conducted from August 9 to 12 among a population of 900 registered voters. The survey has a margin of error of 3.3 percentage points.

The opinion poll, published just a day ahead of the start of the Democratic National Convention, comes as national and states polls have continued to show Biden with substantial advantages over Trump in his bid for the White House.

A CNBC poll released last week found the former US vice president leading the incumbent in five of six battleground states, including Florida, Michigan and Pennsylvania.

The decline in national support for Trump can be explained by the president’s chaotic handling of the COVID-19 pandemic, which has taken a heavy toll on American lives and economy.

The United States remains the worst-hit country by the pandemic, with over 5.5 million infections and more than 170,000 deaths.

Trump and his administration have been under fire for an untimely relaxing of lockdown measures as well as a blatant disregard for personal protection equipment since the flu-like pathogen erupted in the US early in January.

The 46-year-old died after a white officer knelt on his neck and pinned him to the ground for nine minutes in Minneapolis, Minnesota, on May 25.

His death unleashed protests against police brutality and for racial justice in the US and many world countries, with protesters saying they were hopeful that Floyd’s death would mark a turning point in race relations and police reform the US.