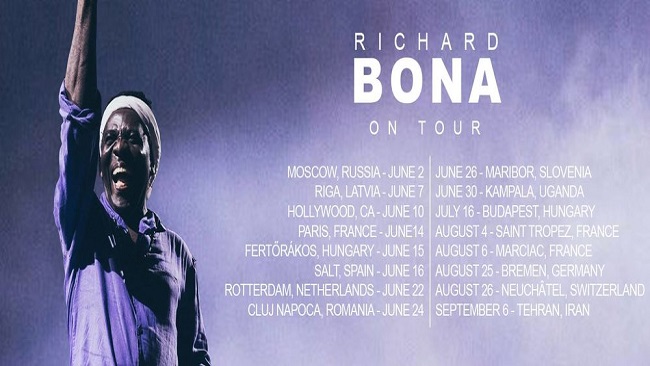 Richard Bona to give concert in Tehran 0

Cameroonian jazz bassist Richard Bona will perform a concert in Tehran in September, the musician has announced in a post on his Facebook page.

“I waited for sooo long and now guess who is coming???  Ninja himself,” he also has written in a Twitter post featuring Iran’s flag.

The Tehran concert, which will be held on September 6, is the last leg of his world tour set to start from Moscow on June 2. He is scheduled to give performances in Latvia, Hungary, Spain, Germany, France and several other countries.

However, no Iranian organizer has so far confirmed Bona’s concert in Tehran.

Bona’s album “Tiki” was nominated for a Grammy in 2007 in the Best Contemporary World Music Album category.

Originally from Cameroon, Bona remains true to his roots, with African rhythms reflected in each of his seven albums.

The first three “Scenes from My Life”, “Reverence” and “Munia” display his unique approach to storytelling through sounds.