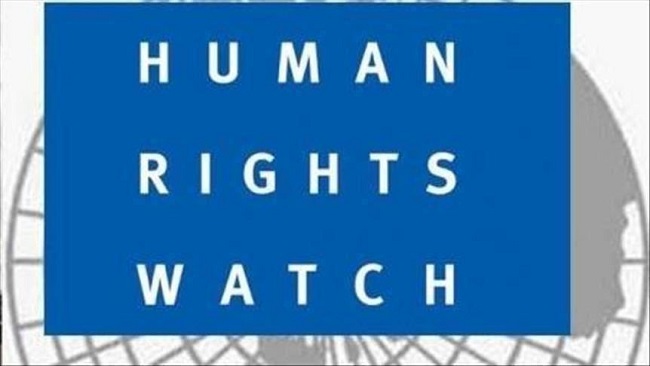 Rights groups in Cameroon have condemned increased attacks on aid workers and hospital staff in the country’s troubled western regions.  The groups blame both government troops and anglophone rebels fighting to create an English-speaking state in majority French-speaking Cameroon.

Ernestine Maika, a 33-year-old nurse, has just arrived in the French-speaking town of Bafoussam. She says she was rescued by Cameroon military in the English-speaking northwestern town of Ndop after separatist fighters seized a vehicle in which she was transporting medical supplies. Maika says it was the third time she has been attacked in three weeks.

The Cameroonian military confirmed that on Wednesday (June 3), four separatist fighters were killed in a gun battle after they attacked health workers in Ndop.

Iliaria Allegrozzi, senior central Africa researcher for the organization, says aid workers have been victims of kidnapping, killing, kidnapping, extortion and various forms of abuse. She says food and nonfood aid items have been looted or destroyed.

“These attacks do not only impact the lives and well-being of those working at the front line in very challenging conditions but also disrupt the provision of life-saving assistance and services to 2 million people depending on humanitarian assistance and over 600,000 internally displaced,” said Allegrozzi.

Allegrozzi did not immediately confirm the number of health workers attacked but blamed both separatist fighters and the military for the atrocities.

Sadi says the crimes against aid workers are committed by separatist fighters who are determined to destroy government efforts aimed at returning peace to the restive English-speaking regions. He says the country can only count on the military to restore harmony and consolidate the achievements made so far in the peace process.

Separatists have blamed the military for the abuses on social media, but have warned humanitarian or aid workers against offering assistance in Cameroon’s English-speaking regions without obtaining what the separatists call an express authorization from their government.

The United Nations has expressed what it calls grave concern over the interruption of aid delivery to hundreds of thousands of people in need, following the escalating attacks against aid workers in Cameroon’s English-speaking regions.

The unrest has killed more than 3,000 people and displaced over 500,000 according to the United Nations.  Fifty thousand others are seeking asylum in neighboring Nigeria.