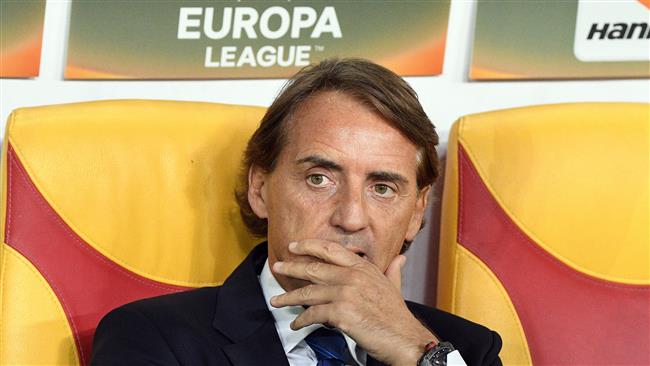 Mancini, 53, is being touted along with Chelsea manager Antonio Conte and former Bayern Munich coach Carlo Ancelotti to take the reins of the demoralized four-time World Cup winners.

Giampiero Ventura was fired as coach last November days after Italy’s shock failure to reach the World Cup final for the first time in 60 years.

Finding Ventura’s successor has been complicated because the Italian Football Federation (FIGC) has to elect a president to replace Carlo Tavecchio, who was also forced to resign.

“Before choosing a new coach it seems to me that we have to choose a new FIGC president,” former Manchester City and Inter Milan boss Mancini told Italian talk show “Tiki Taka”.

“But I absolutely don’t rule out Italy, like the other coaches I think. When you’re a coach you can rule nothing out.”

But the 56-year-old, free since his sacking by Bayern Munich last year, has said he would prefer to stay in club management.

Former Juventus boss Conte, 48, coached Italy from 2014 before joining Chelsea in 2016, winning the Premier League in his first season.

Conte revealed last year that he misses Italy and plans to return to his homeland in the near future.

“Italy is my homeland, so once I have had some good experiences, formative experiences, important and life-changing experiences, I’ll be back. I don’t know when but that’s the aim,” he said in September.

The FIGC on Monday agreed their budget for 2018 and have set aside 5 million euro ($5.6m) to pay the new coach, despite a projected deficit of 9 million euros for the year, according to press reports.

The election for president will take place on January 29.