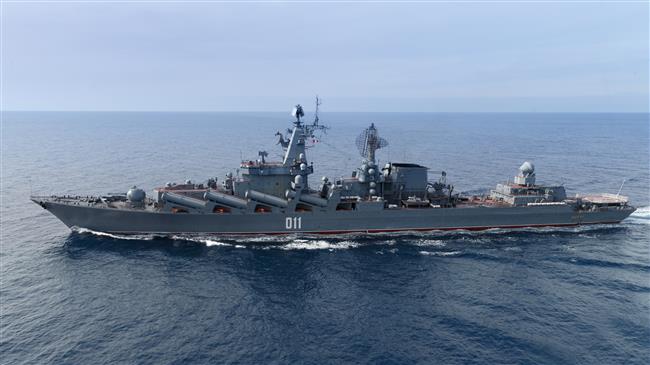 Russia plans to dispatch its new cruise missile-launching warship to the Mediterranean to join the country’s naval task force in the region.

Russia’s Chief of Staff of the Black Sea Fleet Rear Admiral Viktor Liin told reporters on Friday that the Vyshny Volochok warship, which has already been added to the country’s Black Sea Fleet, will join the Russian Mediterranean Squadron.

The commander noted that the warship will take part in navigational assignments and combat training, adding, “All of this will be part of preparations for further missions in the Black Sea and in the Mediterranean.”

The multifunctional warship is capable of carrying high-precision missiles and is equipped with state-of-the-art artillery as well as anti-aircraft and radio equipment.

Russian President Vladimir Putin said in May that the country plans to deploy a permanent naval standing force, including submarines and warships with Kalibr long-range cruise missiles, in the Mediterranean Sea.

Russia’s naval presence in the Mediterranean comprises a combination of ships from its Black Sea Fleet and Northern Fleet in the Arctic Ocean. The task force is mainly aimed at countering possible aggressive activities of NATO in the region, bolstering Russia’s defensive measures for its Black Sea borders and launching strikes against terrorist targets in Syria.

In December 2017, Russia’s lower house of parliament, the State Duma, approved a deal to extend the lease of a Mediterranean base used by the Russian Navy in the Syrian port of Tartus for 49 years and modernize the facility.