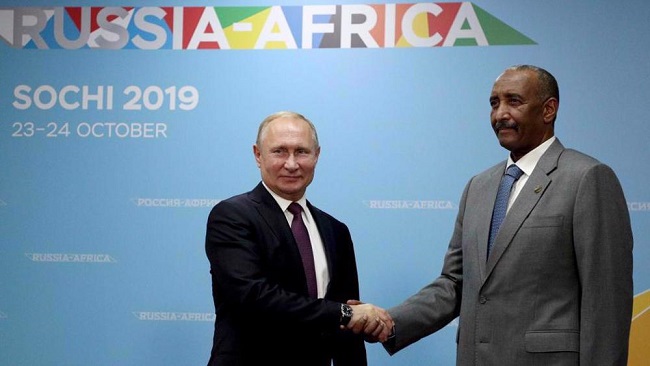 Russia’s Putin approves establishment of naval base in Sudan 0

Russian President Vladimir Putin has approved the establishment of a major naval base in Sudan, which will improve Moscow’s ability to operate in the Indian Ocean and expand its influence in Africa.

In a decree released on Monday, Putin announced that he had approved a Russian government proposal to set up a naval logistics hub in the North African country and ordered the Russian Defense Ministry to sign an accord to go ahead with the venture.

According to a draft document related to the agreement and unveiled earlier this month, the naval facility would be able to moor no more than four ships — including nuclear-powered vessels — at the same time.

The document further said the hub would also be used for repair and resupply operations as well as a resting place for Russian naval service members.