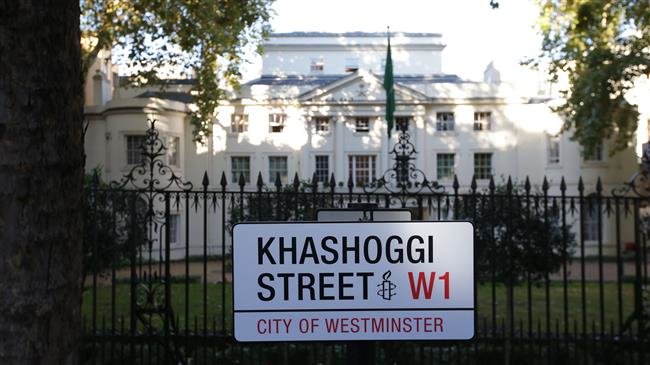 The fallout of Jamal Khashoggi’s murder at the Saudi consulate in Istanbul has spread even to sport, drawing rare scrutiny on a soft power tool that Gulf monarchies have brandished with zeal.

Sport has become a strategic pillar of the House of Saud’s global PR mission. So it was only a matter of time before the pressure would extend to Saudi investments in sport. Football, an immensely popular game in the oil-rich Gulf kingdom, was the first to experience the fallout of the Khashoggi scandal. Last weekend, Amnesty International called on two top Italian clubs, Juventus and AC Milan, to boycott the Italian Super Cup, set to take place in Saudi Arabia in January. The deal to allow the kingdom to host three of the next five editions of the star-studded Supercoppa was only agreed over the summer.

Amnesty’s appeal followed a similar plea from Italian former sports minister Luca Lotti. On his Facebook page, the Tuscany lawmaker urged Italian football authorities to reconsider their decision to play the games in the kingdom “to ensure that Italian football does not shy away from the defence of rights and values”.

Rescinding the arrangement with Saudi Arabia, however, would come with consequences for the Italians, not least financially. According to Italian media, the deal sealed in June is worth about €7 million.

While appeals to cancel sporting events in the wake of the Saudi journalist’s killing may have elicited public soul-searching among some of the athletes involved, they are likely to be balanced against economic imperatives. Exactly a month after Khashoggi’s brutal murder, the lucrative international events on the kingdom’s sporting calendar remain, for now, largely intact.

The debate has also spread to tennis. Superstars Rafael Nadal and Novak Djokovic couldn’t escape questions about the controversy last weekend in Paris.

“Of course I’m aware of the situation. But I had a commitment since one year ago to play there. And my team is talking to them, to analyse things,” the Spaniard said in Paris. “It’s terrible that one journalist lost [his] life. I know something happened very bad inside there. So we are looking about how evolves the situation and I hope the things will clarify as soon as possible.”

Djokovic struck a similar tone. While insisting the commitment was made more than a year ago, the Serbian star allowed that the situation is “sad”. “My team right now is in touch with the people in Saudi Arabia as well as Rafa’s and of course we are all talking to understand the situation better,” he said. “We have to get more information on what’s happening so we can make a rational decision whether it’s good to go or not.”

Bowing out of the Jeddah clash would immediately deprive each player of his promised million-dollar bonus, not to mention any medium-term knock-on effects of reneging on the agreement.

Those two high-profile competitions may be just the tip of the iceberg. Although the Argentina-Brazil football friendly held last month in the Gulf state managed to escape controversy, other major events with long-term contracts are poised to go ahead in the weeks and months to come.

First up among those is the “Crown Jewel”, a professional wrestling show organised by the all-powerful World Wrestling Entertainment (WWE) in Riyadh went ahead Friday even as the organising body expressed a measure of regret in its statement confirming its participation.

The decision to go ahead with the Riyadh wrestling showcase has not been met with universal approval, however. Mention of the Crown Jewel even elicited boos from a WWE audience at an event in the US, as British comedian John Oliver pointed out to laughs on his US television show.

Moreover, two of the wrestling circuit’s stars pulled out of Friday’s show. John Cena and Daniel Bryan were written out of the scripted event’s storyline and replaced by other performers. Although neither has made his reasons for withdrawing explicit, Cena’s alleged misgivings about appearing in Riyadh had been widely reported.

Other sporting competitions have, too, ruled out reconsidering their calendars, for now. Golf’s European Tour this week confirmed the addition of a first Saudi International event to its schedule – at the Royal Greens Golf & Country Club in King Abdullah Economic City from January 31 to February 3 – the first event in a three-year commitment made last spring.

The same goes for motorsport in the kingdom, with Formula E due to hold its first Riyadh race, the electric racing championship’s season opener, on December 15. “Referring to the incident, we obviously have no comment to make,” Formula E chief Alejandro Agag told the Associated Press on October 15. “At this moment, there are no plans to change the Formula E calendar this season. Of course, we are monitoring [the situation].”