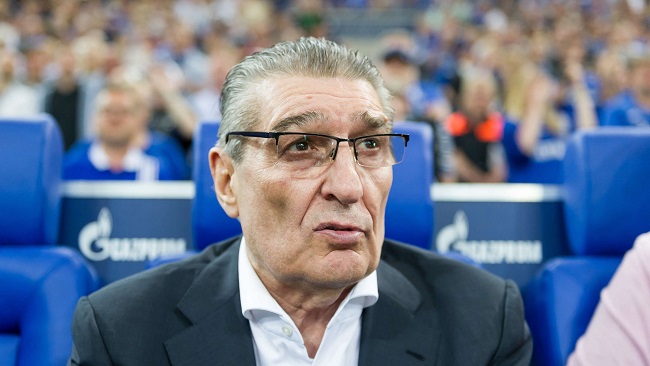 The Bundesliga’s bottom club Schalke 04 on Friday confirmed the sacking of Manuel Baum after just 79 days as head coach, with Huub Stevens returning for his fourth stint to try to end their 28-game winless streak in the league.

Schalke are already on their third coach this season as Stevens, 67, replaces Baum, who was appointed on September 30 after predecessor David Wagner was sacked.

At the time, Baum was described as the club’s “last bullet” in the fight against relegation.

Wednesday’s 2-0 home loss to Freiburg left Schalke three matches short of the league record of 31 games without victory, set by Tasmania Berlin in 1965/66.

This Saturday’s home meeting with Arminia Bielefeld, who occupy the relegation play-off spot, is a chance for Schalke to claim a first Bundesliga win since January.

After nearly 30 years in Germany’s top flight, Schalke are six points from safety.

“The game against Bielefeld has enormous meaning for our club,” said Schalke director Jochen Schneider.

“The team needs a new impulse and we trust Huub Stevens and (his assistant coach) Mike Bueskens to bring just that.”

Stevens is a club legend having steered Schalke to their 1997 UEFA Cup final triumph, beating Inter Milan on penalties when Bueskens was in the side.

Stevens last stepped in at Schalke when Domenico Tedesco was sacked in March 2019.

The Dutchman led the team to a 4-2 win at arch rivals Dortmund the following month which kept Schalke in the Bundesliga at the end of the 2018/19 season.

“That was definitely the last time,” Stevens insisted at the time, yet just over 18 months later he is back.

The Gelsenkirchen club, who have huge debts, are taking a financial gamble with Wagner and Baum, who both signed contracts until 2022, still on their payroll.