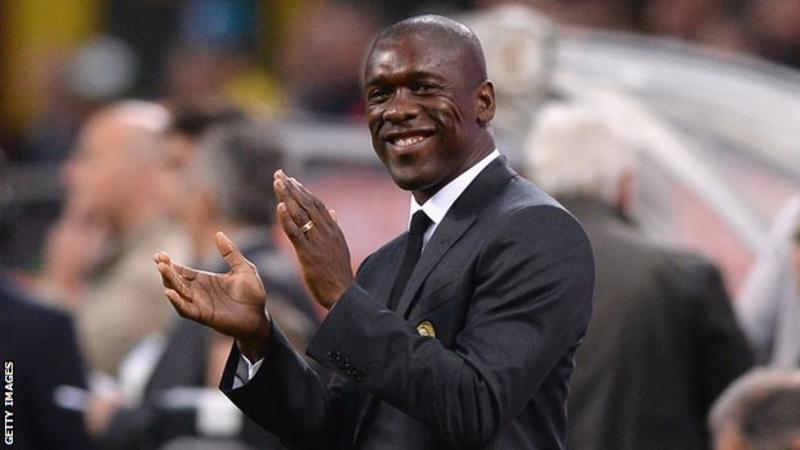 Cameroon coach Clarence Seedorf made a shaky start to his tenure as Indomitable Lions coach as his team rescue a draw against Comoros Island in their African Cup of Nations qualifier yesterday. Stephane Bahoken netted an 80th-minute equaliser to save Cameroon from a humiliating defeat. The reigning African champions, who are currently set to host next year’s Africa Cup of Nations, fell behind in the 15th minute when El-Fardou Ben Mohamed opened the scoring.

The Red Star Belgrade forward put the hosts into an unlikely lead following some excellent work out wide from Lorient’s Faiz Selemani, who evaded his marker with some fine footwork before swinging in a cross for Ben Mohamed to slam a left-footed effort past Andre Onana at his near post. On a synthetic pitch, in front of a buoyant home support at the Stade Said Mohamed Cheikh in Mitsamiouli, Cameroon laboured for an equaliser against opponents ranked 149th in the world.

However, Angers striker Bahoken netted an equaliser 10 minutes from time after Comoran captain Nadjim Abdou misjudged his clearing header, allowing the 26-year-old to net his first international goal from close range. The win leaves Cameroon, who have automatically qualified for the AFCON but still compete in qualifying Group B, atop the pool with four points from their opening two fixtures. Ex-AC Milan and Deportivo La Coruna coach Seedorf was appointed as Hugo Broos’s long-term successor on August 6. Since winning the AFCON title in February 2017, Cameroon struggled at the Confederations Cup and then failed to reach the 2018 World Cup.