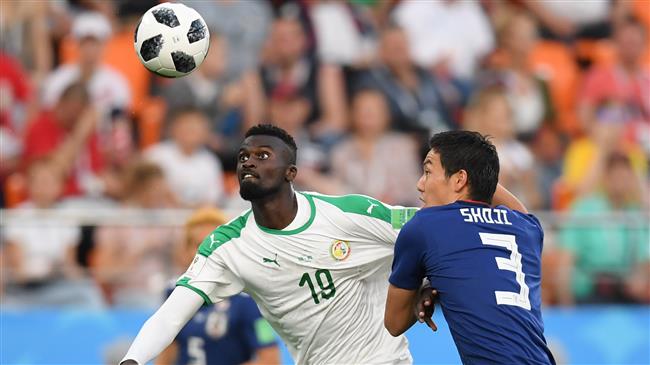 Japan and Senegal have displayed an excellent thriller in the World Cup as they share points to remain hopeful of a place in the round of 16.

The hard-fought battle between football powerhouses from Asia and Africa ended in a 2-2 draw in Yekaterinburg Arena, Russia, on Sunday.

The Group H match was marked with two brilliant comebacks for Japan as strikes from Takashi Inui and Keisuke Honda deservedly matched goals from Senegal’s Sadio Mane and Moussa Wague.

Inui’s curled finish in the 34th minute leveled a game that could end with Senegal’s lead at the break. Mane scored in the 11th from a ball deflected by Japan goalkeeper Eiji Kawashima which then bounced off the leg of the Senegalese captain into the net.

Senegal’s Wague scored with a powerful shot in the 64th minute before Japan substitute Honda netted from Inui’s pull-back on 78 minutes.

The 32-year-old Honda, who replaced Shinji Kagawa in the second half, became the first Japanese in history to score in three different world cups.

Both teams now top Group H with four points as they clinched unexpected victories in their opening matches of the World Cup. Japan beat South America heavyweight Colombia 2-1 while Senegal recorded the same score-line against Poland.

The World Cup will run until July 16 in Russia.