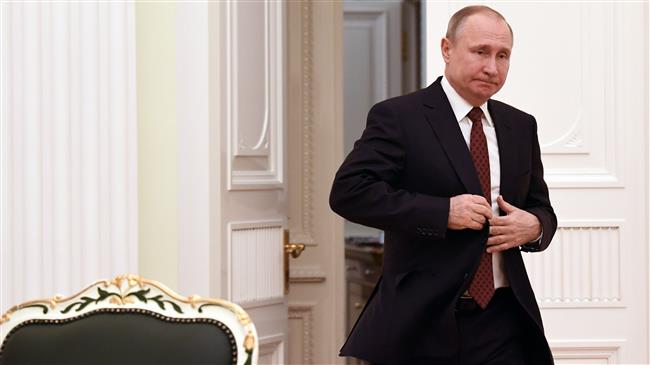 Sensing threats from the West, Russia prepares to flex its military muscle 0

Russia this week announced the upcoming launch of its largest military exercises since the end of the Cold War, involving some 300,000 troops. The message seems clear: Russia feels under threat and will do what it must to protect itself.

The Vostok-2018 (East-2018) operation will be launched in Russia’s central and eastern military districts from September 11 to 15 and is set to mobilise around 300,000 troops, more than 1,000 military aircraft and two naval fleets, Defence Minister Sergei Shoigu said on Tuesday. The exercise will also involve forces from China and Mongolia’s militaries.

Shoigu painted a picture of a vast military operation that will closely mirror combat conditions. “Just imagine that 36,000 pieces of military hardware are simultaneously in motion: These are tanks, armoured personnel carriers, infantry fighting vehicles and, all this is, naturally, in conditions close to a combat environment,” hetold journalists.

Asked at a press briefing why the Vostok-2018 exercises will be so massive, Kremlin spokesman Dmitri Peskov expressed the Russian view that it remains under threat from international actors and thus has no choice but to prepare on a grand scale.

“The country’s ability to defend itself in the current international situation, which is frequently quite aggressive and unfriendly toward us, is absolutely justified and has no alternative.”

Russia’s ministry of defence announced Thursday that it would also be holding a week of naval exercises in the Mediterranean Sea starting September 1. Some 25 vessels and 30 aircraft are slated to take part, according to Russia’s TASS news agency, with exercises including anti-aircraft, anti-submarine and anti-mining operations.

The upcoming mobilisation comes a year after Russia’s Zapad-2017 (West-2017) exercise, conducted jointly with Belarus. According to NATO, up to 70,000 troops participated in those training missions. The 300,000 forces committed to Vostok-2018 thus mark a sharp increase in the numbers Russia is willing to mobilise for its annual strategic exercises, a practice it revived in 2008.

“This is a PR coup from Moscow to showcase large troop displacements and preparedness,” said Mathieu Boulègue, a research fellow in the Russia and Eurasia Programme at Chatham House who specialises in Russian military and defence matters. Chatham House is an independent policy institute based in London.

These exercises have two main goals, according to Boulègue. First, Vostok-2018 is aimed at highlighting Russia’s strategic mobility and its command of military logistics. Second, this year’s exercise is “clearly emphasising” size.

Moreover, the inclusion of China is designed to send the world a message.

“For Russia, the PR/communication strategy behind China’s participation is clearly to demonstrate that 1) Russia is not isolated militarily, and 2) Russia is seeking to form some sort of an anti-US military alliance with the help of China,” Boulègue said in an email.

China is not looking to antagonise anyone, but Beijing believes that Russia-China relations are currently “good enough to explore a deepened cooperation, and notably in the military sphere”.

“It’s also a strong signalling to the West and the US.”

Russia has been steadily increasing its military investment ever since its August 2008 conflict with Georgia. In 2013, Russian President Vladimir Putin committed the Kremlin to increasing military preparedness.

“Low manning and readiness levels forced the Russians to attack with a scratch force. Shortfalls in C4ISR (Command, Control, Communications, Computers, Intelligence, Surveillance, and Reconnaissance) were sorely felt, as was the limited ability of the land and air forces to operate together, and the lack of precision weapons.”

Russia remains ever vigilant of any NATO actions near its own borders, stridently opposing any manoeuvers in the Baltics. It has also roundly criticised plans for an October training exercise that nevertheless falls far short of the scale of Vostok-2018: TheNATO drill in Norway, the Baltic Sea and the North Atlantic will involve some 35,000 troops from 30 NATO members and partners backed by about 70 ships and 130 aircraft.

These NATO exercises are plans for “defensive and – what is crucially important – offensive operations at northern latitudes during a ‘high-intensity’ conflict with an equal enemy”, Zakharova said.

“This show of force is to take place in direct proximity to the Russian borders and is clearly anti-Russian.”

Moscow has a “preoccupation” with the idea that a major conflict with the West is on the horizon, said Keir Giles, a senior consulting fellow at the Russia and Eurasia Programme of Chatham House and a specialist in Russian security policy.

While there are several reasons for this, it is partly a “paranoid delusion on the part of Moscow”.

Russia believes Western governments want to weaken it, even break it apart. “Nothing could be farther from Western intentions,” Giles said. “A destabilised Russia is the last thing the West wants.”

But the Kremlin tends to view international relations as a zero-sum game. Even security – something the West believes is best served through multilateral cooperation – is seen in these terms. Russia holds fast to the idea that “a finite amount of security” exists, Giles said. So Russia becomes less safe as other nations become more secure.

‘Epicentres of chaos and instability’

And Western actions have helped fuel these fears. Western governments have an unfortunate recent history of “failed good intentions”, Giles observed. Interventions in Afghanistan, Iraq and Libya, however well-meaning, have in many cases made the situation worse. In the process, the West has left behind “epicentres of chaos and instability” that Russia sees as inching ever closer to Moscow.

For decades, entrenched attitudes on both sides have created a seemingly permanent impasse. Speaking at a press conference in Helsinki with his Finnish counterpart on Thursday, French President Emmanuel Macron said the European Union needed to rethink its post-Cold War relationship with Russia.

“It is in our interest” for the EU to pursue a strategic relationship with Russia that “brings stability, that will, in the long term, bring more strength and [coherence]”, Macron said.

But in a concurrent pronouncement that seemed certain to ruffle Russian feathers, Macron noted that Europe had for too long relied on US protection. While the transatlantic NATO alliance remains important, he said, the EU needs to boost its own defence capabilities.