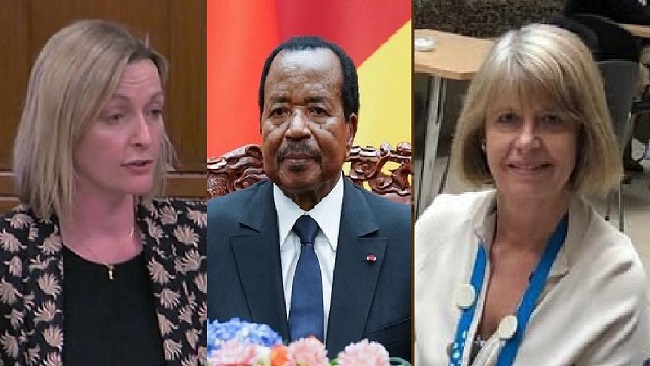 Sentencing of Ambazonia leaders and the reaction of the international community: Silence of the lamb 0

When Switzerland offered that they wanted to mediate in the crisis in Southern Cameroons, some of our leaders and comrades jumped up with excitement. They called the initiative credible and said it was an opportunity for us to sit down with La Republique du Cameroun

Now, Southern Cameroons leaders have been given life sentence. How many of them have spoken against the sentence? We know all those who quickly hailed the Swiss initiative and endorsed it. How many of these so-called international community guys have now stepped forward to condemn the regime? Has Switzerland done so? Has the UK done so? What has the AU said about it? Faki, the AU Chairman was quick to endorse the Swiss initiative. Now he is taking too long to finish his prayers to Allah because he doesn’t want to say anything. Harriett Baldwin MP former UK Minister for Africa who endorsed the Swiss nonsense can’t even make a comment. The UK Foreign Secretary, Dominic Raab has his mouth shut up. The UK Minister for the Commonwealth, Baron Ahmad who hailed the Swiss dialogue has gone mute. Stephenson MP, new British Minister for Africa is busy drinking tea. Patricia Scotland of the Commonwealth too is drinking her champagne in the Caribbean’s.

In the midst of “Dialogue” you are sentencing the Ambazonia leaders to life imprisonment and expecting Southern Cameroonians to believe that you are willing to dialogue or negotiate with them! Well, there are others who strongly believe in Yaounde’s willingness to dialogue.