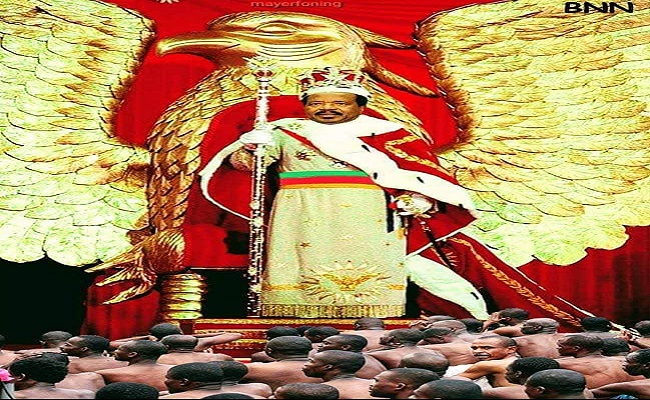 Shaking off the Surrender Syndrome in Cameroon 0

Who still needs proof that the Biya regime corrupts virtually everything it touches?  In Cameroon, if you are looking for Justice and truth, by now you know better than to go to court or even to church. Sheer bribery in cash or privileges has rendered the justice apparatus rustier than Tinman in the  Wizard of Oz.

Even the mainstream churches who have hitherto claimed to be the conscience of the nation, and who should wield massive influence by the sheer numbers of their following, have been reduced to speaking with forked tongues.

Is it brown envelopes or the fear of reprisals for non-compliance that have made our men of God abandon the side of the truth? Or do they no longer believe their own sermons about the truth that sets us free? What has turned Christ’s dauntless transformers into gutless conformists?

But all is seemingly not lost, what with the existence of remnants like Monsignor Samuel Kleda of the Catholic Episcopal Council, who refuse to be cowed or bought. For his refusal to endorse what he saw as glaring falsehoods in the October 7 poll, one would have renamed him Daniel, if Samuel were not already so strongly anointed.

Like Cardinal Tumi as we once knew him (he is now wrestling with a certain gullibility over the way forward for Southern Cameroon), Kleda appears to be a lone bold voice of integrity in Cameroon’s moral wilderness. The logic of his doubt about the proclaimed results of the October election in Southern Cameroon is not just sound; it is as compelling as the media reports of his statement are shameless. After watching the video of his press pronouncement your heart bled for Cameroon as you followed the disgraceful disparities between private and public media reports of the same incident. And lest you conclude that the dissonance in the voices of the churches is a matter of denomination, Kleda’s own Roman Catholic Church was quick to hatch a new posture on the issue – one that is less critical of the conduct of the election, and hence less likely to step on the regime’s toes. So it seems that instead of uniting the politicians with truth, the Church is letting politicians dismember it, not least along tribal lines.

But Kleda was to be vindicated over the weekend by reports of the military shooting unarmed civilians and burning homes in Nyassoso, a small town in Kupe Muanenguba where It is claimed Biya won 90% of the vote. Maybe people like Minister Elvis Ngole Ngole, local elite by default, can volunteer a plausible reason why his boss would be killing people who had just voted so massively for him.

Under normal circumstances, the Church could justifiably claim the last word in Cameroon, not only by dint of its status as the nation’s divine compass, but also because Cameroon’s population is dominantly Christian, and its key institutions are manned by Christians. But because of its obsequious quibbling it has lost that last word to an individual who moral compass no longer knows the north, that’s if it ever did.

What makes the church’s abdication truly calamitous is that it has created a surrender syndrome. When Cameroonians talk about the way their country is run, they always end up shrugging their shoulders and saying in French, “on va faire comment?” (what shall one do?)

This is the hopelessness that explains the willingness of many young people to undertake the perilous journey across the Sahara and the Mediterranean – in the belief that life could not possibly be worse anywhere else.

It is this same desperation and the murderous disposition of the regime that have driven Anglophone separatism to a point of no return, with the vast majority taking a psychological one-way ticket to Ambazonia.

It is the rejection of this “on-va-faire-comment” syndrome that has fired up the droves of young Southern Cameroon restorationist fighters who, with nothing but dane guns and machetes, are standing up to the regime’s armoured cars, AK47s and Zastavas.

It is that same rejection that fuels the mammoth marches in Cameroon’s embassies abroad and the President’s embarrassing encounters with his compatriots protesting against him in Europe and elsewhere in the world.

He may have the force of experience but the people’s experience of inescapable brute force has done to them what it had to do. It has transformed them from hopeless to dauntless.