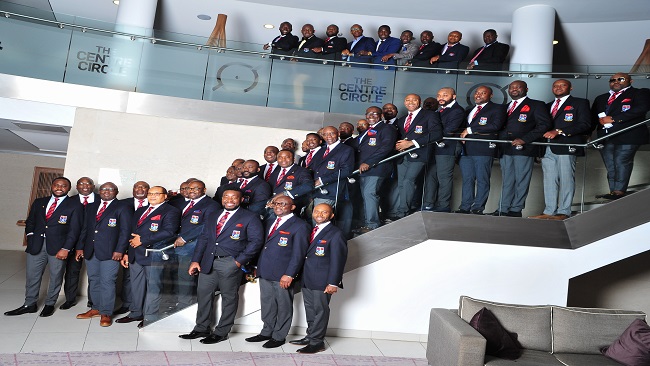 On 22nd September 2018, the General Assembly of SOBA UK met at St George’s Park, Burton Upon Trent, the Home of England National Teams under the theme of “Together we Succeed”.  The General Assembly was well attended and members sat through a six-hour meeting to deliberate on all issues on the published agenda.

1) The Appointment of New Patrons

The SOBA UK General Assembly appointed new Patrons in line with Article 15 (1, 3, and 5) of the SOBA UK Constitution;

2) The Dismissal of the lifetime bans of SOBA UK Executives Referral of ‘Misconduct outcomes’ and pronouncements by SOBA National Council in Cameroon to SOBA UK members.

On 3 September 2018, the SOBA National Council in Cameroon made the following pronouncements:

Decision of the General Assembly

The SOBA UK GA unanimously voted to DISMISS the SOBA National Council decisions in Cameroon put before it by its Executive and declared the decisions as INVALID. The General Assembly of SOBA UK confirms this matter as closed and members concerned should continue as members of the association in the United Kingdom.

On 24 July 2018, members of SOBA UK received communication from Mr. Ebot Mfoataw announcing ‘Notice of Investigation for Gross Misconduct’. On 26 July 2018, a response proposing an Alternative Dispute Resolution (ADR) was sent by these “Individuals”, individually and together to Mr. Ebot Mfoataw and to the competent authority as prescribed by the 1991 SOBA Constitution.

On 3 September 2018, Mr. Ebot Mfoataw sent another communication to the same individuals making the above pronouncements, that have been circulated throughout the social media and a clear attempt to discredit and humiliate the SOBA UK executive.

The SOBA National branch has failed to hold General Assembly meetings and has allowed the SOBA National Council led by a handful of individuals to become the de facto Supreme Authority of SOBA which is against the constitution.