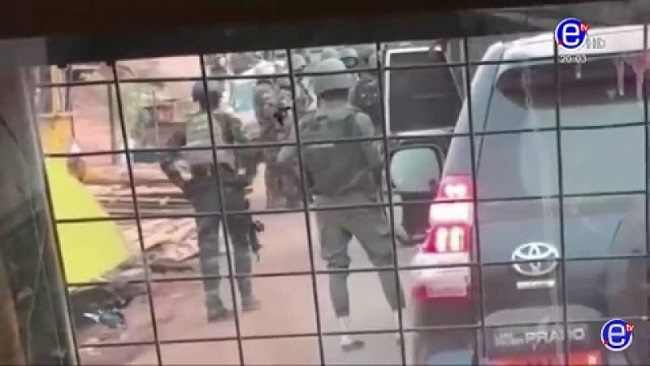 The CPDM convoy of the Minister of Supreme State Control (CONSUPE) was attacked by Ambazonia Restoration Forces as she braved the bad roads from Bamenda to Mbengwi to campaign for the so-called twin poll in the Momo County in Southern Cameroons.

Speaking at the CPDM meeting venue, the French Cameroun surrogate herself confirmed the incident and observed in a scantily attended meeting that “I would like to tell you people of Momo that all the vehicles in my convoy came under attacked. But there were only five slightly injured.”

Minister Rose Mbah Acha added that “Everyone in Momo must vote for the ruling CPDM, the party that guarantees lasting peace in our crisis-torn region.”

Momo County in the Northern Zone of the Federal Republic of Ambazonia is fully under the control of the Southern Cameroons Self Defense Forces.

By Sama Ernest in Mbengwi