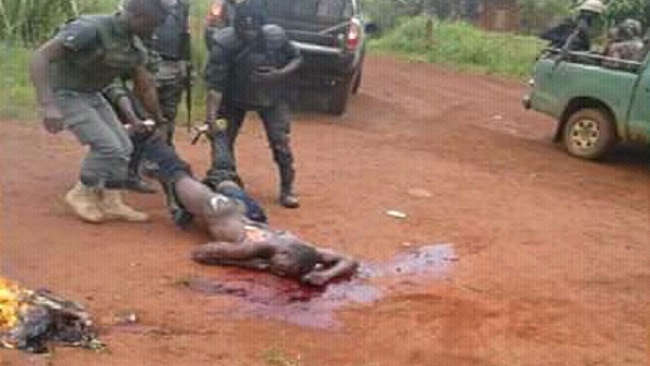 18 Anglophones were transferred yesterday from Buea Central Prison to Kondengui Prison, Yaounde. These 18 detainees are currently detained in ‘Kosovo’, a section of Kondengui maximum security prison.

They have been kept in tight chains and were brutally tortured last night by prison guards who repeatedly called them Ambazonians. This prompted a strike action in prison by other Anglophone inmates today. One of them has a decaying wound; another is suffering with a broken arm.

As a result of pressure and the strike action by other Anglophone inmates, the prison registrar said, orders from hierarchy demanded him to keep the detainees in chains for observation.

This is a repeated pattern of treatment upon Southern Cameroonians and alleged separatists, none of their rights are respected, presumption of innocence seems not to exist and authorities act with impunity.

CENTRE for Human Rights and Democracy in Africa