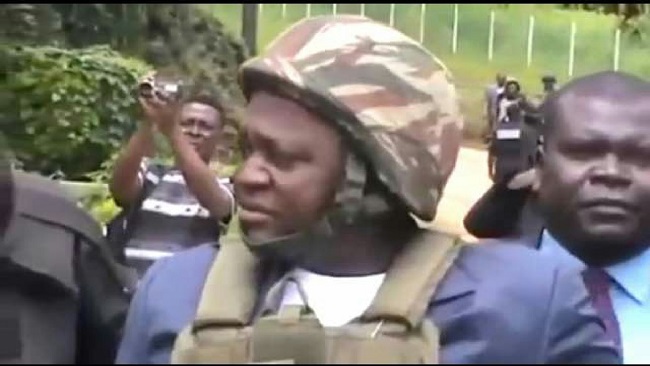 Security in Buea has been raised from severe to critical following threats of an imminent Amba attack announced late today Sunday the 6th of May 2018. Many people were injured. None of the injured are thought to be in a serious or life-threatening condition as residents of the historic capital of the Federal Republic of Ambazonia rushed back home for safety after church services.

Our chief intelligence officer in Buea reported that elements of the 21st MIB,GMI,Gendarmerie have mounted Barricades on the streets leading to various military and police camps in preparation for the attack. The Francophone governor of the Southern Zone, Okalia Bilai was quoted recently as saying that the Amba fighters were gaining grounds and inflicting heavy damage on government troops.

Last week Thursday the corpses of more than 30 soldiers killed in Muyenge were brought to Buea under very shameful circumstances covered in banana leafs and palms.  Cameroon Intelligence Report gathered from a senior army officer that the military staged an accident with one of its old trucks and then declared that the Muyenge soldiers died as they were returning from the battle front.

Elsewhere, the remains of the six soldiers killed during the attack on the governor’s convoy in Lebialem have also been ferried to Buea.