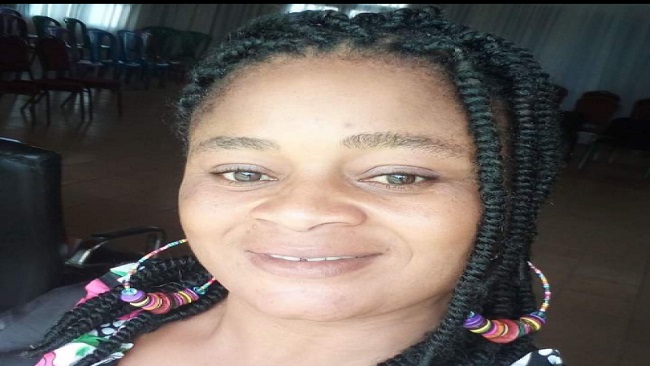 The death has been announced of Becky Jeme İyabo, the Divisional Delegate for Communication in Momo Division.

The journalist is said to be among six persons who fell when armed separatist fighters attacked the convoy of the Senior Divisional Officer, SDO, for Momo Division on Wednesday, January 6, 2021.

Open sources say the SDO was returning from Njikwa when his convoy was attacked by separatists, leading to the death of Ms. Jeme İyabo and five soldiers.

Local journalists in Bamenda say the convoy fell on improvised explosive devices, IEDs, planted along the road by armed separatists in the area.

Fouda Etaba Benoit Nicaise, Senior Divisional Officer for Momo Division is said to have been in Ngie and Njikwa on Tuesday, January 5, 2021, for the installation of new sub divisional officers appointed to the aforementioned subdivisions.

On December 18, 2020, President Paul Biya signed a decree appointing and transferring some subdivisional officers across the country.

Mr. Arrah Ama Tagana Maxime was appointed Sub divisional Officer of Ngie Subdivision. The Administrative Officer was previously the First Assistant Senior Divisional Officer of Momo Division. He replaced Mr. Nyaso Mohamadou Nfor, who has been transferred to other duties.

Officials are yet to comment on the attack. Hon. Marinette NGO YETNA, Member of Parliament for Sanaga Maritime has however taken to Facebook to extend her condolences to the bereaved families. She also wonders when the crisis will end.

The 2004 batch of graduates of the Department of Journalism and Mass Communication, JMC, mourns one of theirs Jeme Iyabo. The people of her native Buea, the entire media family, and the people of Cameroon are in mourning.

Cameroon’s state forces have been battling to dislodge armed separatists who pitched their tents in the North West and South West Regions since Anglophone protests transformed into an armed conflict in 2017.