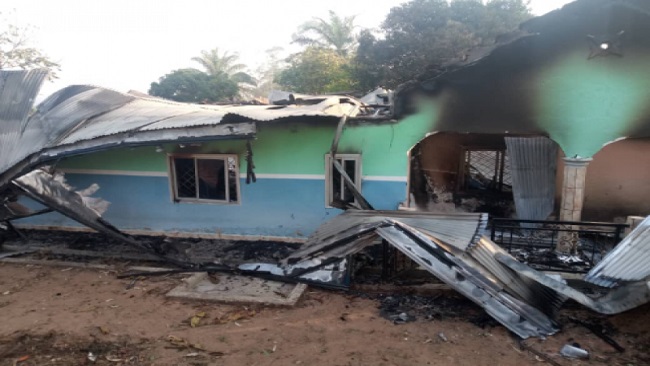 Ambazonia Restoration Forces defending the Mezam County have burnt down the residence of the Mayor of Bamenda II, Peter Chenwi. The mayor’s residence situated in the Ntasen neighborhood in Bamenda III Subdivision went up in flames on Monday, December 7, 2020.

The mayor reportedly took part in the so-called regional elections banned by the Ambazonia Interim Government, fled his Ntasen home and relocated to Up-Station in Bamenda.

The Francophone administration in Bamenda, the chief city in Southern Cameroons Northern Zone said in a statement that no human casualty was recorded when armed men stormed the Mayor’s Ntasen residence on Monday.

Ambazonia Restoration Forces have already declared that they would enforce the death penalty all over Southern Cameroons-Ambazonia soonest and the names of many South West Chiefs and North West Fons are prominent on the list.

Cameroon Concord News understands several traditional authorities and councilors across Southern Cameroons were transported to the polling centers in military vehicles just to prove that the elections took place in normal circumstances.