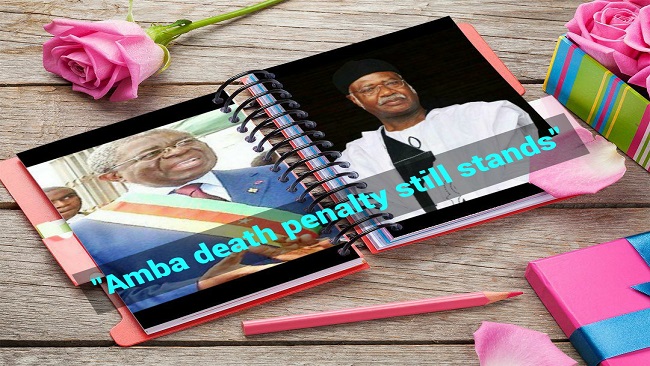 As the Yaoundé government presses on with its diabolic plan to perpetuate dictatorship, corruption and marginalization, Southern Cameroonian fighters are also gradually putting in place a mechanism to ensure that Southern Cameroons gains its independence.

Anything short of independence might not bring peace to the two English-speaking regions of the country, except the international community gets involved in a negotiated settlement that will be satisfactory to all the factions involved in the fighting.

True to its provocative approach to life, the country’s ruling party, the Cameroon People’s Democratic Movement (CPDM) also known as the crime syndicate, has launched its regional election campaign in Bamenda and Buea in the belief that the regime’s corrupt surrogates will win the election, after all, only municipal councilors are expected to vote and many of them are members of the crime syndicate that has ruled the country for 38 years.

But the campaign launch in Buea has been overshadowed by the killing of three army soldiers in Ekondo-titi in the Southwest region where the country’s Prime Minister hails.

The fighters had duly informed the Cameroon Concord News Group that the death penalty that had been decreed three years ago by the then interim government was still standing.

Any Southern Cameroonian who is enabling the Yaoundé regime has a death penalty on him and the Yaoundé regime enablers such as Peter Mafany Musonge, Nalova Lyonga, Paul Atanga Nji, Yang Philemon, George Tabetando, and all CPDM mayors and senators from the two English-speaking regions of the country are all staring down the barrel of death as they are in the cross hairs of the brave Southern Cameroonian fighters who are giving the government and its soldiers a run for their money.

While CPDM criminals are currently celebrating the launch of their campaign in Buea, they know that beyond Buea, they are not safe. The fighters have vowed to reduce each one of them into a mass of flesh if they make the mistake of taking their campaign of corruption and indiscipline beyond Buea.

For some time now, there seems to be a lull in the nasty fighting that has sent some six thousand Cameroonians to an early grave.

While the population is still struggling with the impact of the carnage orchestrated by the Yaounde regime, the crime syndicate’s key actors have shown up in Bamenda and Buea to campaign in an election that has been duly proscribed by the Southern Cameroons Interim Government.

A fighter who spoke to the Cameroon Concord News Group’s London correspondent on condition of anonymity said that all the factions were quietly working together, adding that they were gradually putting their differences behind them; an action that is enabling them to put in place a tough mechanism that will enable them to monitor all those who will be voting in a proscribed election.

The fighter added that there was a silver lining emerging on the dark cloud of division that has given army soldiers the feeling that they are winning the war.

He advised that the slaughtering of three army soldiers on Thursday in Ekondo-titi was just a clear statement of intent, adding that more killings of Yaounde government officials were in the offing.

He stressed that the Yaoundé government had used all its resources to divide Southern Cameroonians but its efforts were not yielding the fruits the government was looking forward to.

He added that though the country’s territorial administration minister, Paul Atanga Nji, was using rogues and criminals who do pose as Southern Cameroonian fighters, their actions had not reduced the population’s faith in the real fighters whose objective is to bring about the total independence of Southern Cameroons.

The fighter, who has been traveling in and out of Cameroon, said that it would be hard for the government to win the war because the country’s borders were porous and most of the army soldiers were corrupt.

“We move sophisticated weapons into Cameroon with relative easy. We have struck fear in the minds of the officials and soldiers and most of them are looking forward to the day this nightmare will be over,” he said.

“Thanks to our comrades in Manyu Division who have sound knowledge of the Manyu jungle, we have been able to take arms to our fellow brothers in the Northwest region. Our comrades in Ekondo-titi are active and they are ready to enforce the death penalty. The killing of those three soldiers is only a statement of intent and more things have been scheduled,” he stressed.

He used the occasion to call on the Southern Cameroons Diaspora to continue supporting the struggle, adding that the divisions within the Diaspora only help the corrupt regime in Yaoundé.

“Our people in America, Canada, the United Kingdom and South Africa must stop fighting each other. On the ground, we don’t really care about who is leading the interim. We just need the support and we are happy that despite the differences of opinion, the Diaspora is still providing much-needed assistance. We are really very grateful and we are using this opportunity to call for unity,” he said.

“If the Diaspora keeps on wrangling, then our independence will be jeopardized. We can achieve our goal and the government is aware of our determination. We have resisted for four years and this is a huge surprise to the government. We will be springing a few surprises in the days ahead and the world will be hearing from us very soon. There is no yielding. Forward ever, backward never. The Yaoundé government can never be trusted. It speaks from both sides of its mouth and this makes it hard to work with it,” he said.

“We would also like to use this opportunity to underscore that the death penalty still stands and anybody who violates the laws of our land will feel the wrath of our laws,” he stressed.

“I am also using this opportunity to reassure the people of Southern Cameroons that we are fighting to bring peace, prosperity and independence to our land. The population should continue to  support us. It must not yield to the pressure being mounted on it by the corrupt regime in Yaounde,” he said.

“Some of the atrocities being attributed to our fighters are clearly false. Some rogue elements are taking advantage of the situation to intimidate our people with the objective lining their pockets. We are working diligently to eliminate such rogues and we urge the population to promptly inform us of any situation if it suspects any boys in any neighbourhood. I would like to conclude that the government is also making the situation murkier by releasing its fake agents in our towns. These criminals are committing horrendous crimes just to give our struggle a very bad name. We are aware of this and we are working hard to counter this propaganda,” he concluded.

The days ahead are really bleak for a population that has already gone through a lot. Instead of seeking real solutions, the government is still pushing ahead with its devilish agenda that will only breed death and destruction.

The international community must step in if the bloodshed in Southern Cameroons must stop. The Yaoundé government has no plan and intention to bring about peace in the country. It only has one tool in its huge toolbox – brutality- that has not delivered any real results in four years.

There is no hope and with more blood scheduled to flow over the next days, the ordinary civilian is sure to pay a huge price. The world must stop being a spectator in this gruesome fight that has already sent many to an early grave.