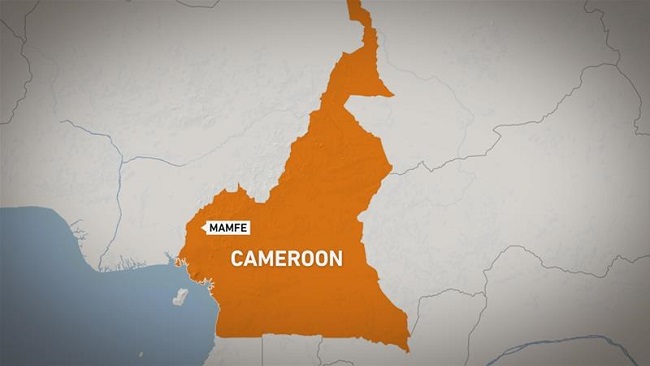 Armed men have killed at least 9 people in attacks in Eshobi village some few kilometers from Mamfe town according to local officials and residents.

According to eyewitnesses, about 50 armed men attacked the village, including Cameroon military post stationed around the Satom Bridge area, shooting residents, and looting and burning homes.

A citizen from Eshobi released three audios on the attack and claimed in his first two declarations that the attacks were carried out by Amba Boys.

However in his third audio, the Eshobi resident blamed the attack on the settler community of Mberere who have been fighting to get the chieftaincy of Eshobi village.

Our correspondent in Mamfe said assailants began shooting people at random in the village while another group engaged the army.

Killings in the Manyu Division have been the work of the Cameroon  army soldiers, Amba Boys and bandits.

Cameroon Concord News Group also gathered that two of the persons killed had betrayed an Ambazonian fighter to the Cameroon army and were targeted for providing information about Southern Cameroons Restoration Forces hiding places to Cameroon government soldiers.

The attacks were staged just a day after the remains of the murdered Mayor of Mamfe, Ashu Prisley Ojong, were laid to rest.  The CPDM Mayor was killed on May 10, 2020, en route to Eshobi village.