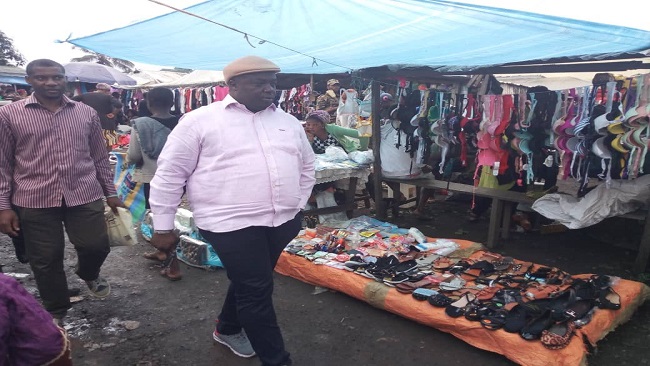 The unpopular mayor, who died of a massive heart attack a few weeks ago, used to underwrite his family’s reckless lifestyle from Buea, though his monthly salary was only USD600. Having a huge family in the United States requires significant amounts of resources, and this could be very challenging for someone with a paltry salary like Patrick Ekema. It is even worse as his family did not have access to any financial assistance from the American government. The Ekemas have just recently sought asylum and do not have work permits.

Besides housing and feeding the family in the United States, Patrick Ekema also had to finance the studies of the first two children in a community college. These children were paying foreign student fees and only God alone knew where Patrick Ekema was getting all the money to finance their studies. The Buea City Council certainly must audit its records if it really wants to know the extent to which Patrick Ekema had looted its coffers.

The next issue is Katherine’s trip to Buea to bury her notorious and reckless husband who died of a massive heart attack in another lady’s house in Douala. Katherine does not have papers in the United States. She has just sought asylum, claiming that her life and that of her five children were at risk. The American immigration systems allows any and everybody to seek asylum, but Americans also have agents who will have to verify the veracity of her claim.

Research officers at the U.S. embassy in Yaounde have already established a report on her case. They know her husband was a brutal administrator who worked in the interest of the dictatorial regime in Yaounde. She cannot be talking of persecution by a system that gave her more privileges than any ordinary Cameroonian could have.

While obtaining papers remains a tough challenge for her, her immediate problem now is to go home and giver her husband a befitting burial. Without proper travel documents she cannot leave the United States. Even with proper documents, she might not travel to Cameroon without consequences. Landing in Cameroon will simply imply that she has invalidated her asylum claim and has opted not to return to the United States.

Our source in Minnesota has said that she is trying to obtain guarantees from the Cameroon government that she would be able to return to the U.S. if she went home to bury her husband. But the beleaguered Yaounde government does not control American immigration policy. The American rule is clear. If she leaves, she will not return as her trip out of America will be a death sentence to her asylum claim.

Patrick Ekema has not only died, he has brought untold hardship onto his family. He has also taken with him, the ATM that used to ensure a good life for his family. The free and easy money that was available to Katherine and her five children has melted. The massive heart attack that brought down Patrick Ekema has also damaged Katherine’s hopes for a beautiful easy life.

Her former status as the wife of a mayor has simply stopped to exist. She must come down her fake pedestal to face life the way it should be faced. She must come down her ivory tower if she really wants to sort things out for her children. If she is still stuck in her past mentality, then she is willing to prolong her confusion and agony.