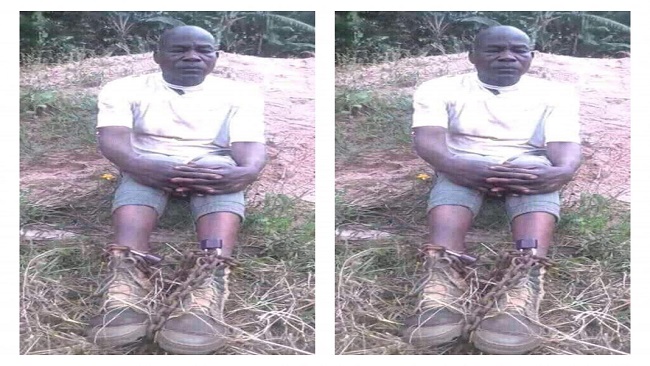 A Cameroonian police officer was decapitated on Wednesday in the country’s restive anglophone region, sources said.

The officer who was killed was stationed at the town of Wum in the northeast of the country, a security source told AFP, confirming information from one of the victim’s relatives.

He had been at a roadblock with a colleague when men suspected of being secessionists attacked him, the security source said.

“They cut off his head and took it away,” the source added.

The ambush occurred amid an armed campaign to gain independence for the Northwest and Southwest Regions, a predominantly English-speaking part of the French-speaking West African state.

Years of resentment at perceived discrimination at the hands of the francophone majority have led to almost daily acts of violence and retribution that have claimed scores of lives and forced tens of thousands from their homes.