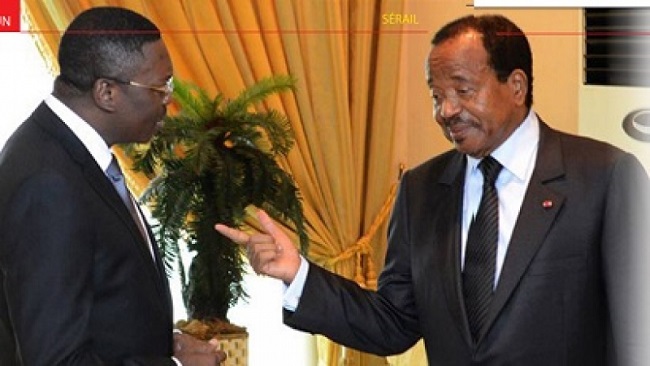 In July, jailed separatist leaders in Cameroon fighting for the creation of an independent state held their first formal talks with the government about ending the violence plaguing the country’s two Anglophone regions. While the origins of the conflict are in colonial-era divisions of territory, its proximate cause was protests in 2016 against the marginalization of Cameroon’s Anglophone minority, which makes up roughly 20 percent of the population in the majority French-speaking country. In the years since, the conflict has killed several thousand people and displaced nearly a million more.

The recent talks with the government were led by the most prominent separatist leader, Sisiku Ayuk Tabe, who leads a self-declared English-speaking state that the separatists call Ambazonia, and has been imprisoned since 2018. They follow on earlier attempts at negotiations last year, facilitated by the Geneva-based Center for Humanitarian Dialogue, which failed to gain traction due to a lack of trust on both sides.

Part of the reason those talks fizzled was the Cameroonian government’s insistence that the ongoing crisis is an issue of terrorism, to be addressed militarily. In 2019, President Paul Biya announced a “Grand National Dialogue” that didn’t even include any separatists and didn’t address key issues, such as whether to revert to a federal form of government that existed prior to 1972.

Subsequently, in January, the government announced a new “Special Status” for the Anglophone regions, which created more regional legislative bodies, among other measures. But this new status did little to change the reality on the ground, and the following months saw widespread violence. Essentially, the Cameroonian government made clear that it was not interested in the separatists’ offers to engage in dialogue and would instead continue with its militaristic approach.

This is why the recent talks between imprisoned separatists and Biya’s government are so noteworthy. The government was represented by officials from the presidency and the office of Prime Minister Joseph Ngute. The separatists were represented by several imprisoned leaders, including Sisiku. Negotiators held two meetings outside the Kondengui Central Prison in Yaounde, the capital, where Sisiku and other political prisoners are being held.

The agenda for the talks centered on what separatists refer to as four action items that would create an enabling environment for further negotiations toward a lasting solution to the conflict. The action items include the demilitarization of the Anglophone regions, with the Cameroonian military being confined to barracks; an amnesty to allow separatists living overseas to return; the release of political prisoners; and a cease-fire that will last until the two sides convene for talks mediated by a third party. The most contentious of these is the release of prisoners, as Sisiku has insisted on a comprehensive release of political prisoners, not an arrangement where the government releases a select group of detainees. Sisiku has also said that if a release occurs in phases, he must be among the last to be released. During the talks, the two sides reached an understanding of the action items.

The talks were initially held in secret, and Sisiku only confirmed them after the second round had concluded. The news was welcomed by multiple separatist leaders and was applauded by civil society groups in Cameroon’s two Anglophone regions, which have long been advocating for a cease-fire. The government, however, did not comment for several days, and even then, its statement downplayed the talks, saying information that government representatives had met with “secessionists awaiting trial is not consistent with reality.”

If hard-liners in the Cameroonian government successfully sabotage the peace process, the costs would be horrific.

To many, this seemed as though the government was denying that the talks had taken place. But in reality, the statement was an indication that not all members of the Cameroonian government are sincere about ending the conflict. In fact, the government is divided into two camps: those advocating for overtures toward separatist leaders, and those seeking to obstruct any negotiated settlement. The first camp consists of Prime Minister Ngute, whose office has spearheaded the talks along with the intelligence chief, Maxime Eko-Eko, who has met with separatist leaders. Gregoire Owona, the minister of labor, and Achille Bassilekin, who is the minister of small and medium sized enterprises, are also in favor of the talks.

On the other side, one of the chief opponents of the talks is Ferdinand Ngoh Ngoh, the powerful secretary-general of the presidency. Other hard-liners in the government include Jacques Fame Ndongo, the minister of higher education, and Paul Atanga Nji, the minister of territorial administration. Notably, the divide does not break down along linguistic lines, as there are Anglophones and Francophones in both camps. Since the talks in July, the latter group appears to have seen success, as there have been no follow-up conversations with the separatists.

Clearly, certain prominent members of Cameroon’s Cabinet are not committed to reaching a lasting political solution to the war that has ravaged the country for nearly four years, with economic and humanitarian implications far beyond its two Anglophone regions. This internal division within the government has only been compounded by tensions about who might succeed the 87-year-old Biya, with both Ngoh Ngoh and Ngute angling for the position. While tensions over succession in Cameroon are not new, in the current environment, they could stymie a real chance to end a needless war.

There are also divisions on the separatist side, with the movement split between two main factions—one led by Sisiku and the other led by Samuel Sako, a former pastor based in the United States, in Maryland. Sisiku is the most influential, with the overwhelming majority of fighters seeing him as the leader of the movement. Even some separatist leaders who do not necessarily support Sisiku’s leadership have indicated that they support his initiative to negotiate with the government.

However, infighting within Biya’s Cabinet and jostling over who will succeed him may prevent the process from advancing. If hard-liners in the Cameroonian government successfully sabotage the peace process, the costs would be horrific: Residents of the Anglophone regions would continue to suffer from violence and human rights violations, as a country that was once known as a beacon of stability in a troubled region will continue to destabilize.

Events in recent weeks have shown that the government is continuing a hard-line approach. In response to the killing of a police officer in the Northwest region, the military banned motorbikes in the provincial capital of Bamenda and launched a military operation to sweep the city. Moreover, on Sept. 17, an appellate court in Yaounde upheld Sisiku’s life sentence on charges of terrorism and secession.

As the Cameroon authorities’ violent response to the peaceful protests that emerged in 2016 showed, the government is capable of starting a war by ignoring legitimate grievances. However, that same government now has the ability to seek an end to it. The only question is whether the hard-liners who have historically had the most influence in the Cabinet will prevent meaningful talks with separatists from advancing.