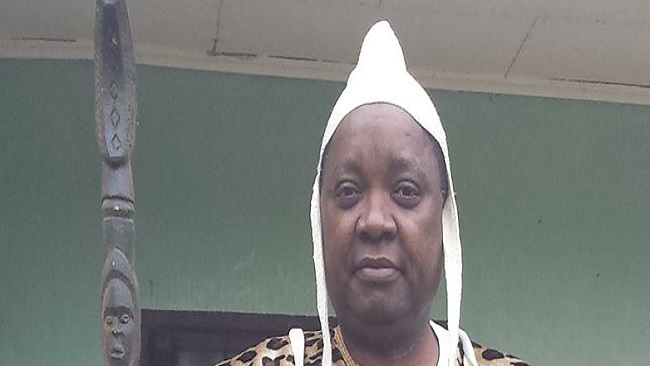 A senior Anglophone citizen from the Lebialem County resident in the UK has said that moderate Southern Cameroonians were running out of patience with the Biya regime following the numerous atrocities committed by army soldiers deployed to the region. Fuaseh Fontem who from the very beginning had some reservations about the revolution, posted on his Face Book page condemning the current military crackdown in Anglophone Cameroon.

Fuaseh painted a gloomy picture of what seem like an “invasion” of the Southern Cameroons by Cameroon government military and advised the government to desist from this reprehensive act as Cameroon is not at war with itself.

Using the Cameroon army to repel what appears to be a legitimate agitation by the people of Southern Cameroons who were demanding a referendum has caused Fuaseh Fontem 2 estates worth 50 million FCFA.  The situation is very disquieting.

Cameroon Concord News correspondent in the Southern Zone recently opined that “The day Biya removes his ostrich head from the ground and stops listening to his Beti war mongers will be the day we start hoping for peace. The ordinary Cameroonian is stuck between the devil and the deep blue sea as Biya’s army indiscriminately meting out collective punishment on innocent community dwellers and some Ambazonian separatists who were previously under the influence of one Cho Ayaba with their ruthless exactions on poor villagers. A third column in this macabre drama involves criminals using Nigerian-type abductions to fleece people of the little they can afford even in poor village communities. There is even a fourth angle fanned by jealousy and greed as individuals hide under the crises to burn the houses of their enemies on the pretext they are burnt by separatists.”

Most families having children and relations abroad are targeted and blackmailed into paying large sums otherwise their family houses would be razed down. It is really a very sad situation as the various evil seeds and wounds being planted by this crisis will take decades to heal even after peace returns.

Below is the Fuaseh Fontem Declaration

This mess in West Cameroon has to stop now or never!

In the last month I alone have lost 2 estates worth cfaf 50 million in total in West cameroon. My very own 15 bed palace in Njeh Fontem was destroyed by gun bullets from Cameroon army over Easter.

Then only last week my mother’s 7bed home was burnt down in Mbalangi suburbs if Kumba again by Cameroon soldiers.

My mother is now homeless in Cameroon. “Luckily” she was in hospital in Kumba when her home was burnt down.

For all what I for one have done to help Cameroon public health over the last 10yrs as minsante’ s PNTS knows very well that is what I get in return. How’s that for encouraging an avowed moderate?

Talk less of the violation of the PALACE of my boss Fontem Njifua- the late Questeur of the so called Senate of Cameroon.