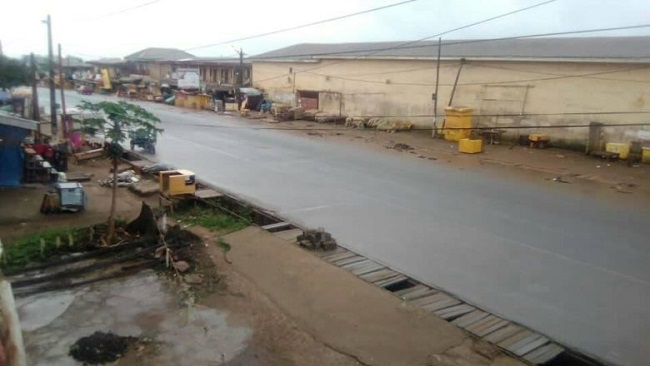 The Yaounde government is terribly shaken by the success of the lockdown declared by various Southern Cameroonian group as a measure to prove that the two English-speaking regions of the country are still being controlled by Southern Cameroonians living abroad.

Over the last couple of months, the beleaguered and cash-strapped Yaounde government has been selling and spreading the illusion that peace was returning to the two English-speaking regions of the country.

Images emerging from many parts of the two English-speaking regions of the country speak to the seriousness of the lockdown, with army soldiers even scared of venturing outside.

In Kumba and Bamenda, the two largest cities in the English-speaking regions of the country, businesses and schools were completely shut down.

Cars and motor bikes were completely out of business and even animals and insects could not be spotted in the towns. The sound of a dropping pin could be heard as both cities had become ghost towns.

In Buea, the capital of Southern Cameroons, not much could be seen on the streets. The city’s three universities have been closed down and despite the arrival of the country’s Prime Minister, Dion Ngute, to the city, not many people showed up to cheer up the disappointed and depressed prime minister who is a native of the Southwest region and has the obligation of proving that the region is solidly behind the bed-ridden president,  Paul Biya, who has been in power for 37 years and has nothing to show for his long stay in power.

Under him, Cameroon has made giant strides backwards, with unemployment reaching unprecedented levels.

Despite huge amounts of aid and budget support from international development finance institutions like the World Bank and the African Development Bank, the country’s poorly managed economy has been caught in a downward spiral and the regime’s legendary inefficiency and corruption are pushing the economy down the bottom of the abyss.

Dion Ngute might be in Buea, but his presence will not be swaying the Southwest population that has made up its mind to head in the opposite direction.

The population knows what Dion Ngute is selling, but nobody wants to have anything to do with him. His products are poisonous and nobody needs them.

He is in Buea to campaign for his party, the CPDM that has been ruling the country for 37 years, but the population is fleeing from the party that is being equated to the Coronavirus in China that has claimed close to a thousand lives.

The CPDM is a code name for corruption. It is a crime syndicate chaired by a man whose notoriety is compared to that of Al Capone, a one-time Mafia boss whose corruption and cruelty were unparalleled.

Currently, the party is considered as a terrorist organization in the two English-speaking regions of the country and anybody found to associate with it will face the death penalty.

The people of Southern Cameroons are a dignified people. Despite the intimidation and killings that have become the government’s hallmark, they have continued to support their leaders, especially those who are in the dungeons of East Cameroon.

The Yaounde government has exhausted all the tricks in its book and the weapons in its arsenal just to hoodwink the people, but the results have been unfortunately dismal.

Dignity is a currency that is not designed for everybody, but the people of Southern Cameroons are blessed with it.

They prefer to die of starvation than to change their minds. They have been victims of the Yaounde government’s well orchestrated marginalization and they understand that the time to reverse the evils of the past is now and they have made up their minds to stand with their leaders and to walk the distance with them until they achieve their independence.

Southern Cameroonians do not want to waste their time with worthless projects. They know the elections results are already out. They don’t want the world to think that they will be there next Sunday to rubberstamp the CPDM- manufactured results.

Southern Cameroonians have survived the impossible. Their families and friends have been killed by Mr. Biya’s army. Their businesses have been ruined and their homes have been torched. They are sure they will survive the challenging days ahead.

Mr. Dion Ngute and his fellow senior southwest CPDM officials have never condemned government atrocities in the two English-speaking regions of the country. How does he think the brave people of the rich Southwest will be rushing to welcome him in Buea after the atrocities of his government?

If he had consulted any soothsayer in East Cameroon who had informed him that there would be large crowds to welcome him, then he should know that he  was mistaken. The people have made up their minds and the Yaounde regime can just go ahead and validate its own election results like it did in the 2018 presidential elections. The people’s minds have been made up.

Dion Ngute should understand that there is a limit to what the human mind can accept. The human mind sometimes rejects scripts written for it by others and that is what Southern Cameroonians have done. No support for the killer party – the CPDM.