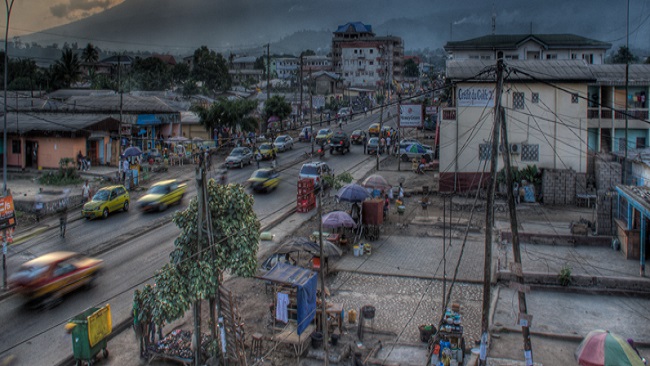 In the capital of Southern Cameroons, people drily say the streets are so dangerous that even the dogs are too scared to go outside.

Buea has been stalked by violence for 18 months, after English-speaking separatists declared an independent state and took up arms against the French-speaking authorities.

In Buea, barely a day goes by without the “Amba Boys” attacking police stations, state-run enterprises and public buildings — anything that is a recognisable symbol of the state.

Gunfire is heard frequently, despite army patrols introduced as part of a wide-ranging crackdown, and kidnapping is rampant.

Last month, around 15 Ambazonia Restoration Fighters entered the city, firing into the air and burning cars. After they left, people found a decapitated head left on the pavement. The victim has so far not been identified.

A disturbing video being shared on social media shows a woman in her 30s being disfigured by separatists who accuse her of being an informant for the army.

On Tuesday, the EU issued a statement warning about Cameroon’s political and security situation, pointing especially to the two restive anglophone regions, where there were “persistent violence and violations of human rights”.

One civil servant, who asked not to be identified, told AFP he had been living in his office for five months out of fear of being attacked.

“I spend the night at the office to avoid the trip home,” he said. “Informants could see that I was disobeying the Amba Boys’ ban on working for the government.”

Nearby, his camp bed was folded in one corner, just beside his suitcase. Two jackets were hung up nearby while the remains of the previous day’s meal sat on a hotplate.

The town, once known as a peaceful haven nestled at the foot of Mount Cameroon, has been transformed by the conflict.

Some businesses say they are struggling to survive. Fearing reprisals, they do not dare defy the shutdowns regularly declared by the Ambazonian Restoration Forces.

The cost of living is mounting. One woman selling mangoes at a crossroads for 1,000 francs (about 1.8 euros, $2) apiece said the price of the fruit was rising “because there are few people to go and harvest them.”

The authorities in the Cameroonian capital Yaounde have responded to the rebellion by stepping up the security presence in the region.

Troops and Ambazonia Forces alike have been accused of targeting civilians.

At least 500 civilians and more than 200 members of the security forces have died in clashes, attacks and a government crackdown, the International Crisis Group (ICG) think tank says.

At least 437,000 people have fled the two regions, according to UN estimates, with another 32,000 fleeing across the border to Nigeria.

Many people in Buea have fled to the port of Limbe, around 30 kilometres (19 miles) away. The road between the two towns is littered with the burnt-out remains of cars.

As night falls on Down Beach, the view over the bay comes with an incessant roar of armoured vehicles carrying troops.

In the local schools, teachers have got used to pupils turning up wearing uniforms from other establishments. “They come from nearby villages,” said a teacher at one secondary school. “We put up with it.”

Around a fifth of Cameroon’s population of 24 million are English speakers.

The roots of the conflict today date back a century, when post-World War I Germany surrendered Kamerun, its principal colony in West Africa, which was then taken over by Britain and France.

France was given the greater part of the territory, which became independent in 1960.

Some of the English-speaking areas opted to join newly-formed Nigeria, while others chose to join the federation of Cameroon.

In 2017, anglophone resentment at perceived discrimination by the francophone majority came to a head, leading to the declaration of the ” Federal Republic of Ambazonia” in the two regions, named after the local Ambas Bay.

AFP with additional editing from CIR