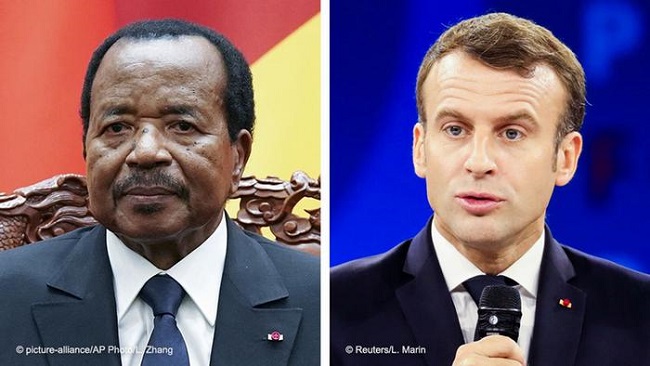 Lawmakers in French Cameroun on Wednesday adopted a draft law on decentralization granting special status to the country’s two English-speaking regions, where a deadly conflict between the army and separatists has been going on for more than two years, according to national radio.

The Cameroonian radio station explained that if the law is approved by the Senate and promulgated, the regions will be allowed to develop public policies in the areas of education and justice.

This special status was the main recommendation agreed upon by the participants at the Grand National Dialogue convened by President Paul Biya in early October to end this crisis, which has left more than 3,000 people dead.

At a time when many voices were being raised to criticise the limited legislative follow-up to this major dialogue, the National Assembly met in extraordinary session on Friday to finally examine this bill.

Most of Cameroon’s Anglophones live in these regions, who consider themselves disadvantaged compared to the country’s Francophone majority. The crisis began in November 2016, with mainly demands from teachers or lawyers, calling for more representativeness for Anglophones. Most of them called for a return to federalism, but a minority demanded independence and the proclamation of a new state, Ambazonia.

But in the face of Yaoundé‘s intransigence and the repression of peaceful demonstrations, the conflict has intensified. At the end of 2017, some of the separatists took up arms.

Since then, fighting has been raging between the army and these armed groups, taking the population in hand. Over the past two years, more than 700,000 people have had to flee their homes.

After more than two years of conflict, Yaoundé decided at the end of September, under international pressure, to organize this dialogue to resolve the crisis.

Will a special status resolve crisis?

The boycott of this meeting by the main pro-independence leaders did not prevent the participants from advocating decentralization through the creation of this “special status”. A proposal far removed from federalist aspirations, for the most moderate, and independenceist for armed groups, but which had raised hopes of a return to the price after two years of inaction.

However, these discussions have so far not been successful in bringing peace. Worse still, fighting and violence against civilians have intensified, several NGOs reported in early December.

Parliamentary elections are scheduled to be held in Cameroon in February 2020, but the two main opposition parties have announced their intention to boycott the elections, which they consider to be unrealistic due to the fighting in these two regions.

AFP with additional editing from Camcordnews