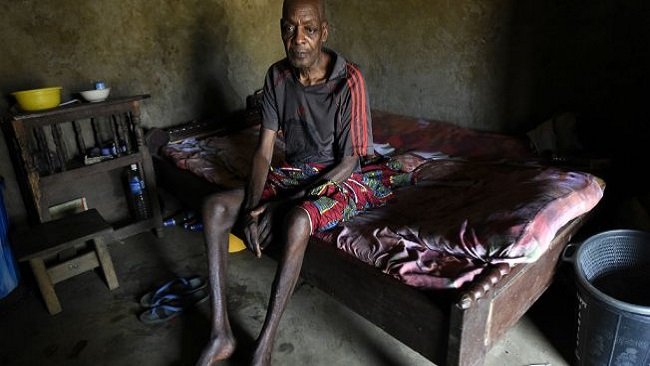 Southern Cameroons in Crisis: Communities trapped between the devil and the deep blue sea 0

There is a popular African saying that “When two elephants fight, only the grass under their feet suffers”. Grass is the place of the majority of Anglophone Cameroonians caught between the devil and the deep blue sea as two extremist sides fight for the body and soul of the Cameroon nation.

What is today popularly called the “Anglophone crises” started in October 2016 as an industrial/professional imbroglio between teachers and lawyers of English-speaking expression on the one hand and government on the other. With government being accused of mule-headedness and trying to impose its own agenda on the teachers and lawyers by the protesting Anglophone professionals grouped under what became known as The Consortium and the government accusing The Consortium of shifting the poles as the negotiations stalled, extremists on both sides of the divide took advantage of the impasse and shoveled-in their own agendas.

Today, the sticking point in the negotiations that revolved around the state structure – federalism or decentralized collectivities – has since evolved into an outright call for secession by what the U.S. Ambassador to Cameroon H.E. Peter Barlerin last week termed “…a very tiny minority of Cameroonian-born individuals living in the United States”.

We shouldn’t have gotten to where we are today had the Biya government listened to the voices of moderates within The Consortium whose views represented the feelings of a majority of the English-speaking community. Nay, schooled and bullied by the Francophone leadership imbued in the Napoleonic iron-fist leadership, even the English-speaking representative of the government at the negotiations could not see reason with the yearnings of his own brothers and sisters.

As the stick prevails in all Napoleonic (French colonial mentality) disagreements, the Biya government unleashed its dogs of war on protesting teachers, lawyers and even Buea University students. Lawyers clad in their professional robes were dragged in mud and dust by lowly-placed police, gendarmes and soldiers in the streets of Anglophone towns. University girls were raped and brutalized with impunity as the world watched in horror through the pictures and videos posted on social media.

In the face of such nauseating brutality/impunity, calls for retaliatory violence by diaspora Cameroonians using social media have conjured favourable attention from various strata of the Anglophone communities at home.

As of now, a dirty war is being waged against the people of the English-speaking Northwest and Southwest Regions by the national army which duty it is to protect them and various groups of armed/faceless individuals visiting Nigerian-type kidnappings for ransom, blackmail, arson and outright wickedness on their kith and kin.

The Biya government has not hesitated in homing in on the Anglophone community once again, unleashing the crudest brutes of the national army who have visited mayhem including murders, arson and outright theft on the said people. Thousands have fled into bushes while others were forced to go into exile abroad first on the orders of government administrators and later because of exactions from not very merciful groups taking cover behind those today referred to as “Ambazonia boys”.

The military swoop on Anglophone communities in the Northwest and Southwest Regions seems to be a textbook example of how the suppression of civil uprisings or even wars should not be prosecuted. With an army led by the Beti military oligarchy that knows it has several skeletons in their cupboards and as such must eliminate anything on the way of their perpetuity in power, it is the most rotten of the rotten foot soldiers who are sent to the front. Made up mostly of former street gang members recruited with the main aim of executing dirty warfare, and listening to the harangues of Beti “elites” such as Ernest Obama of Vision 4 (popularly known in Cameroon as “la television des mille collines” in reference to the Hutu Radio Mille Collines in Rwanda that called for genocide against Tutsis) who called for the annihilation of Anglophones including even six-month old kids and the likes of Prof. Owona Nguini who advocates for genocide-type lessons against Anglophones, the BIR operatives on the ground in English-speaking Cameroon have been wrecking havoc on the poor rural communities.

Former street pick-pockets and mafia-type local enforcers recruited into the military have been razing down villages and towns, killing, maiming and stealing everything they find in the houses they burn down. A brisk black market in goods, especially electronics and mobile phones stolen from “conquered Anglophone territory” thrives within the military and associate ruling communities.

“All happens as if the Cameroon military, especially the ‘elite’ BIR trained by American and French instructors has no regard for international laws and conventions. They kill and steal with impunity and some even consider the goods they steal from local Anglophone communities as war booty”, opines a human rights activist who elected for anonymity for fear of the wrath of the marauding military.

One would have been a little lenient towards the unenlightened lower ranks of the military, were their actions not receiving the unction of their superiors. In fact, the recently sacked military commander of the Southwest Region, General Donatien Melingui Nouma in a recent interview with AFP proudly declared that the military under his command only burns down houses in which arms were discovered.

In trying to justify the exactions of the military upon otherwise peaceful communities, a senior army officer contacted for the purpose of this report and who elected for anonymity because he is not authorized to talk on behalf of the army said “…the military only visits towns and villages where soldiers were attacked” by those he described as “terrorists”.

These punitive attacks by the military on villages/towns often happen when those who attacked the military have long vamoosed into thin air, thus exposing innocent civilians to the collective punishment of the military.

“The military descends on villages from which secessionists attacked the army because the villagers know those secessionists amongst them and continued to tolerate them without reporting to the soldiers”, the senior military officer quoted above declared.

EXACTIONS ON LOCAL COMMUNITIES BY VARIOUS CRIMINAL AND ARMED GROUPS

The bad days of villages/towns visited with mayhem from the army do not end when the national army has left the localities. Another wave of destruction, killings and molestation follows when secessionists return to punish those they accuse of having collaborated with the military when they arrived the villages/towns.

“Most times they kill in cold blood, all those whom they accuse rightly or wrongly of having invited and informed on them to the army. They then destroy or take away the properties of those killed and molest other villagers for not having stood up against the military. So you see, we are the ones who bear the brunt of the fighting between the army and separatists, all of which two groups claim to be fighting for our interests, yet killing, maiming and robbing us of the little we have”, declared the chief of a village recently visited by both the army and secessionists.

“They have returned from Nigeria with a vengeance, copying Nigerian-type kidnappings and threats of arson in exchange for huge sums of money”, says a recent victim of the criminal gangs.

These gangs are involved in mafia-type operations in rural villages and towns. Their targets are those they perceive as rich within the villages or those whom they know have rich relatives in metropolitan areas and abroad.

“I just recently received a note from the criminals threatening to burn down my house in the village if I don’t pay them two million FCFA”, one of the victims of the gangs living in Douala told Cameroon Concord News Group last week.

They most times target relatives to Cameroonians in the diaspora, kidnap and hold them hostage demanding ransom from their family members living abroad. This was the case with retired Justice Mbeng Arrey who was abducted in Ewelle village, Manyu Division recently. Justice Mbeng has since been released after his family paid the ransom and he is currently in the United States of America.

In one recent case, six youths from one village wielding cutlasses and masked visited a neighbouring village and started demanding money from the villagers. Youths of the said village eventually grouped themselves together and engaged the marauders with cutlasses and sticks too. They eventually over-powered the uninvited visitors and when they unmasked them, they discovered that the attackers were some of their friends from a neighbouring village.

SETTLING OF PERSONAL AND FAMILY SCORES

There are yet other groups of individuals using the current situation to settle individual and family feuds. These groups are made up of gun-for-hire individuals who are paid to kidnap individuals for the settlement of personal scores or family differences.

There was a recent case where a girl who had some differences with her friend reported the said friend to the gendarmes who promptly arrested the friend and extracted quite a sum from the girl. To pay back the friend, the arrested girl arranged with the village’s hired hands to kidnap her friend who was held until the family paid double what the gendarmes had extorted from her friend.

Jealous individuals and village school drop-outs who are unhappy with the successes of their former classmates now arrange to extort money from their successful age/classmates by hiring armed hands from within the community to do their dirty work in the name of “the struggle”.

According to one senior citizen from Manyu Division, this Anglophone struggle is sowing seeds of evil and hatred which will take decades to heal even after peace returns to the country.

And as for the peace, it may wait until the cows come home unless the Biya government and those claiming to be fighting for Anglophones start thinking of the interests of the English-speaking communities instead of their personal pockets.