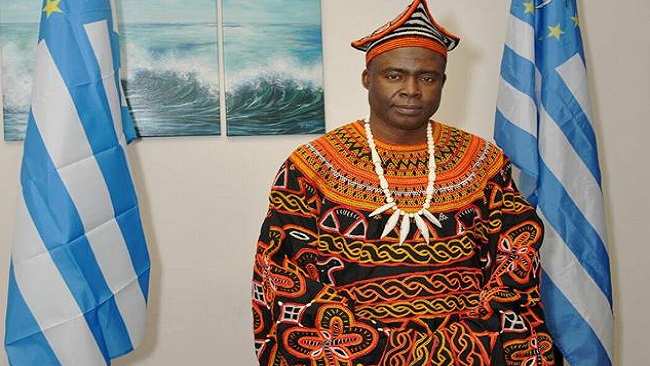 The Interim Government of the Federal Republic of Ambazonia has elected Dr. Sacko Ikome to replace Sisiku Ayuk Tabe. A spokesperson for the Southern Cameroons government said that Dr. Sacko “considers the journey to Buea as urgent.”

The Ambazonia’s newly-elected leader is also expected to get possible replacements for the top aides abducted alongside President Sisiku Ayuk Tabe in Abuja Nigeria.  “Dr. Sacko is a political leader and that’s why he is going to continue with the march to Buea” noted the Ambazonia Secretary of the Economy, Hon. Tabenyang

Sisiku Ayuk Tabe, who was handed over to La Republique du Cameroun by the President Buhari administration had been due to be reelected as the president in a leadership vote in the conclave. However, after very intensive and productive discussions, the Ambazonia Interim Government voted in favour of a mechanism for continued presidency.

We understand the former leader and senior figures of the Southern Cameroons independence movement are currently being held at the Secretariat for Defense in Yaoundé on charges of rebellion and sedition.  Some Southern Cameroons political barons had suggested Sisiku Ayuk Tabe could rule Ambazonia from his detention cell, something that many in the Diaspora fiercely opposed.