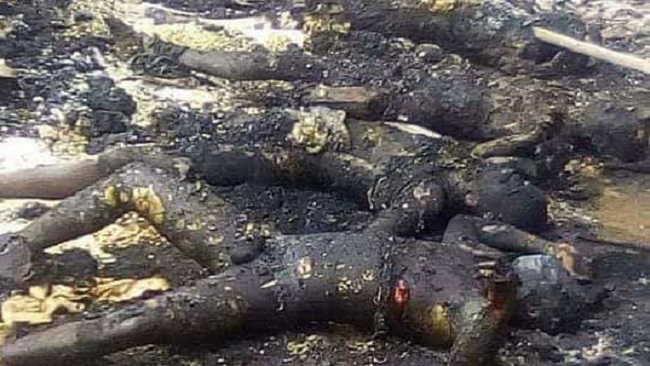 Cameroon is the great unspoken African tragedy-in-the-making. Its president, Paul Biya, has been in power since 1982. If ever a country needed presidential term limits it is this one. Mr Biya is now the second longest serving non-monarchic head of state in the world. If, as expected, he manoeuvres his way through ongoing post-election turmoil to secure another seven-year stint, he will be 92 by the time the next polls fall due, just one year younger than Robert Mugabe when he was overthrown last year.

The abuses that Mr Biya has presided over are less publicised than Mr Mugabe’s. But he is no less ruthless a despot. When he first became head of state, his country had a highly educated population and diversified economy every bit as promising as Zimbabwe’s once was. His rule has been a slow-burning disaster ever since, characterised by grand-scale corruption, political repression and growing division. With every passing year, the likelihood of a tragic denouement to his presidency has risen.

Last Sunday’s elections took place to a backdrop of simmering conflict in the north of the country, where the army is fighting Islamist militants from the Boko Haram cult. In the north-west and south-west of the country, separatists from the English-speaking minority are waging a guerrilla war. These upheavals should be gaining far more attention — both on the continent and further afield. The unravelling of this religiously divided and multi-ethnic country has the potential to destabilise swaths of central and west Africa — it is the bridge between the two. The unleashing of the country’s enormous economic potential, would, by contrast, provide a boon to the whole region. Yet, there has been a near complete absence of international engagement. Rather than leveraging their influence to nudge Mr Biya to the door, successive French governments have served as his protector. If this was short-sighted a quarter century ago, when the seeds of today’s crisis were sown, it is even more so now.

Last Sunday’s election might have offered that chance for political renewal. Instead, the outcome looks likely to further polarise the country. Cameroon has been divided along linguistic lines since 1961 when colonial-era French and British-administered territories were brought together in a federation after a referendum. The unification of the two parts in a hyper-centralised state 11 years later has been a bone of contention for anglophones, who make up a fifth of the population, ever since. Their frustrations boiled over two years ago due to perceived attempts to impose the French language in courts and schools.

Rather than seek to defuse the resulting uprising with dialogue, Mr Biya has chosen to put it down with force. Predictably, the crisis has intensified as a result. Hundreds of villagers have been killed in a scorched-earth campaign by the army, hundreds of thousands have been displaced, and the separatists have become more determined still. Two opposition candidates who challenged Mr Biya at the polls have declared victory before official results have been released. But government skulduggery and the fragmentation of opposition votes, make it likely that Mr Biya will emerge again on top. France should take a lead in galvanising European and African countries to pressurise his government into initiating dialogue. Cameroon’s English-speakers have genuine grievances that need urgently to be addressed — ideally in a wide-ranging national debate. But Cameroonians of all origins have grievances too. The time to forestall a wider revolt is running out.

Culled from The Financial Times Limited