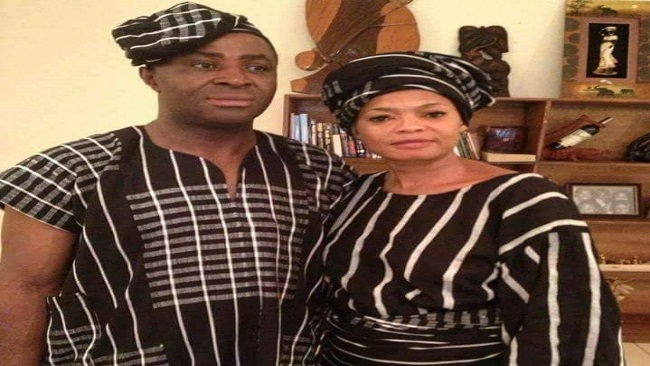 The wife of the leader of the Southern Cameroons Interim Government, Lilian Ayuk, has bluntly dismissed as irresponsible rumors on social media that she had secretly sued for divorced.

The Southern Cameroons iron lady also said that the article was not even worth reading as it was totally bereft of any modicum of truth.

Speaking exclusively to the Cameroon Concord News Group chairman, Soter Tarh Agbaw-Ebai, on Sunday, December 27, over the phone, President Julius Ayuk Tabe’s wife sounded a note of caution to all Southern Cameroonians, urging them to be vigilant, as the social media fake news is being spread by the Yaounde government in the hope that it might distract them and destabilize their jailed leader.

The objective of such a conglomeration of bunkum is to sow confusion among Southern Cameroonians with a view to stifling the justified struggle for independence.

Lilian Ayuk stated that the corrupt Yaoundé government, composed mainly of ancestors and con men, is unquestionably behind the slander with the objective of damaging the sterling reputation of Mr. Julius Ayuk Tabe.

The dissemination of such misleading and grossly false information could be damaging if Southern Cameroonians took their eyes off the cardinal objective  of the struggle.

She urged Southern Cameroonians to shun such rumor, adding that they must stay focused as victory is within reach.

This fake news will be the reason why Southern Cameroonians will continue to stand solidly behind their president and his lovely wife until key objectives are achieved.