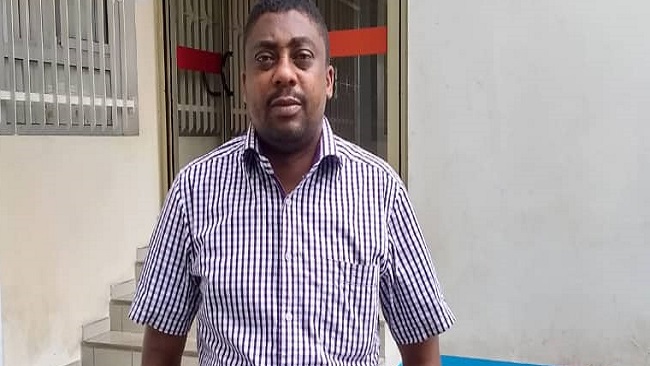 A prominent Southern Cameroons activist, whose campaigns to expose the French Cameroun regime won him recognition from the Cameroon Concord News Group has fled to Canada.

Ojong Otang Obi has reportedly told Canadian refugee authorities that he feared for his life after speaking out against French Cameroun army atrocities and disappearances allegedly carried out by the Cameroon government military in Southern Cameroons.

After several months on the run, the Southern Cameroons activist who also moonlighted as an informant with the Cameroon Intelligence Report and the Cameroon Concord News publications succeeded in eluding a vast hunt and has turned up in Canada, where he is seeking asylum.

In telephone conversation with our London Bureau Chief, Ojong Otang Obi said he never sought to become an overseas dissident but believes there has been a closing of the political space in Cameroon under the 86 year old dictator, President Paul Biya where the Francophone dominated army is now the dominant power-broker.

Ojong Otang Obi observed that he would be more effective abroad than ending up in prison and torture for many years to come. In 2018, he influenced the choice of the Cameroon Concord Person of the Year Award that was accorded to the then Southern Cameroons Communications Secretary, Chris Anu. Ojong Otang Obi recently came under greater scrutiny when he spoke in support of the release of the jailed Southern Cameroons leaders including President Sisiku Ayuk Tabe during a human rights forum in Buea the chief city in the Southern Zone of Ambazonia.