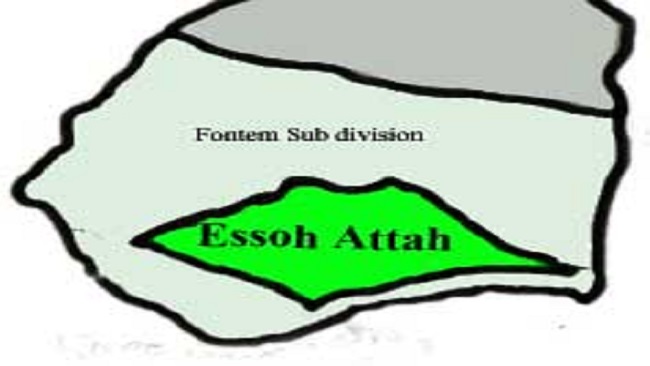 There’s good reason to be skeptical of the evidence-free claim from the so-called Ambazonia Defense Force headed by Cho Ayaba on the mass shooting in the Lebialem County and in Bechati.  If the Southern Cameroons freedom fighters were under the supervision of the Ambazonia Defense Force as Cho Ayaba and his group claims, no one else in Lebialem seems to have noticed, and Ayaba doesn’t seem to have voiced any support for ADF fighters in Lebialem prior to or during this attack.

Cameroon Concord News can now reveal that Cho Ayaba and his acolytes simply claim credit for any attack that happens.  Ayaba is aware that by constantly making claims that are not easily disproven will never undermine his gang’s credibility. The Lebialem Southern Cameroons forces supported by the Odeshi group from Manyu don’t have any connections to the Ayaba group, but the ADF usually make public enough online record to suggest that they were acting in the best interest of the Southern Cameroons struggle.

But that might be changing. Cameroon Concord News Group London Bureau Chief, Chi Prudence Asong who has family relations in the Southern Cameroons Defense Group in Lebialem said that Ayaba’s claims seem to be getting less reliable.

As his few followers in Manyu and Batibo continues to dwindle, there’s been heavy speculation in Europe and in Southern Cameroons that Ayaba and his men are becoming irrelevant to the struggle and  will refocus their efforts on terrorist attacks against the Interim Government.

Our Chi Prudence Asong reported that the ADF has nothing to do with the happenings in Lebialem. We gathered that the Senior Divisional Officer for Lebialem headed a French Cameroun delegation to the Esoh-Attah locality and conducted senatorial elections and were returning with ballot boxes when they came under attack.

Camcordnews sources in Lebialem hinted that the SDO who originally hails from Batibo and the DO of Fontem were all in the Esoh-Attah campaign delegation. We have not been able to confirm which of the Divisional Officers was shot in the head. What we do know is that the Divisional Delegate for MINAT was killed.